The 2013 Rare Drops were a series of events from 3 June until 9 September that were the first introduction of most holiday items in Old School RuneScape. The event primarily consisted of random item spawns around the world that would change each week to provide a different set of rewards. Later updates also included social media posts containing clues to the locations of the drops.

Throughout the event, it was stated by Mod Mat K that the holiday rewards would not be rare, because they would continue to be made available during their respective holidays in future years. Despite this, many of the tradeable holiday rewards were briefly very valuable in the first days following their drops.

During the event, rare items would spawn randomly around the world. Each item would be available for approximately one week before getting replaced by the next set of items. The item change would occur at 1am BST, usually on each Monday.

The items had approximately 100 fixed spawn locations across the entire map, and 1 would be active at a time. When the item was picked up, it would immediately spawn at one of the other locations. Only 1 player would be able to pick up a given spawn. When items were visible on the ground, there would be fireworks and firework sound effects playing, and there would not be a red dot on the minimap like a normal item.

When picking up tradeable items, a message would appear saying You have found a tradeable rare item. If you lose it, you will not be able to get a replacement.

Partyhats were released 3 days early, making them available for a total of 10 days.

Starting 23 July, an easter egg spawn would appear in a fixed location each day that could be picked up by multiple players. For each of the next 7 days, the egg would appear in a different location. Clues for the locations were posted on social media.

Easter eggs continued to be available during this week from the random spawns around the world.

Beginning 5 August, santa hats were made available as drops from the Falador Party Room. By adding coins or various other holiday rewards to the chest, santa hats would be automatically added and be dropped by the party balloons. The number of santa hats depended on which items were added to the chest.

The other items added to the chest would not be consumed, and would also be dropped in random party balloons. With cooperation, large numbers of santa hats could be obtained by putting the same holiday items in the chest repeatedly.

Santa hats continued to also be available during this week from the random spawns around the world.

Each day from September 2nd to September 8th, clues were left on Old School RuneScape's official social media platforms that could be used to get a single Christmas cracker in game. Each day, at least two clues would be put out, usually on Facebook and Twitter. The clues would consist of text and images and mentioned "Cracker Jack". In order to claim the daily Christmas cracker, players had to determine which NPC to talk to and what items they needed to have in their inventory. The night of September 1st, a YouTube video introducing the clue hunt was posted on the official Old School RuneScape account titled Cryptic Clue Fest - Cracker Jack has a message for you!.[1] 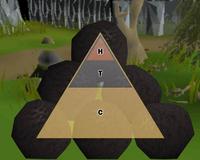 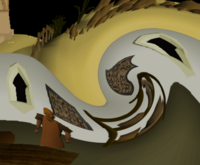 On the first day of the event, players could claim a Christmas cracker by talking to Dommik with a hammer, three tin ore, and six clay in their inventory. [4] The clue posted to Facebook indicated the numbers of each item that was needed as well as the first letter of each required item, while the clue posted to Twitter indicated that the player needed to talk to Dommik in Al Kharid. The numbers for each item may come from the fact that 1, 3, and 6 are the first three nonzero triangle numbers. 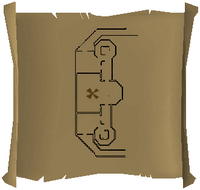 On the second day of the event, players could claim a Christmas cracker by talking to Advisor Ghrim with two planks, six logs, and ten bronze nails in their inventory. [7] The image posted to Facebook indicated the approximate location of the NPC to talk to, upstairs Miscellania Castle, while the cryptic clue posted to Twitter indicated the items: slog around->logs anagrammed, "board"->plank as a synonym, "sun tanned"->bronze as a synonym, and "snail about"->nails anagrammed. 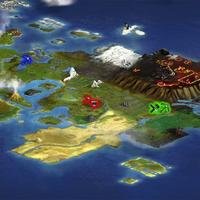 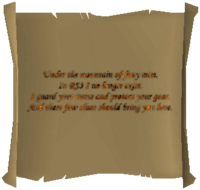 On the third day of the event, players could claim a Christmas cracker by talking to TzHaar-Ket-Zuh in Mor Ul Rek with one coal, three iron bars, and four limestone in their inventory. [10] This was the only day without a clue on Twitter and instead featured a clue on the official blogspot consisting of just an image. The Facebook clue indicated the items required by showing images over mines, the pickaxe over the Coal Truck indicates coal, the pickaxe and anvil indicate iron bars, and the pickaxe and chisel over the Limestone Mine indicate the limestone. The blogspot clue indicates that the player needs to talk to the TzHaar banker. 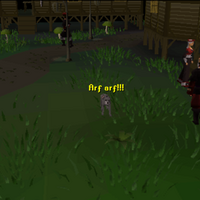 On the fourth day of the event, players could claim a Christmas cracker by talking to Barker in Canifis with one leather, two balls of wool, and five silk in their inventory. [13] 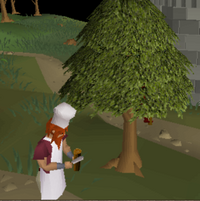 On the fifth day of the event, players could claim a Christmas cracker by talking to the Lumbridge cook with two chef's hats, two white aprons, and twelve knives in their inventory. [16] 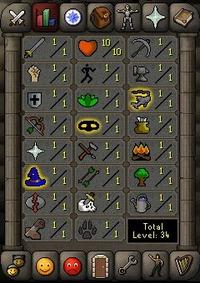 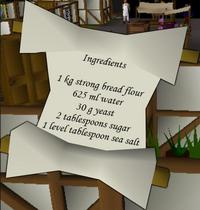 On the sixth day of the event, players could claim a Christmas cracker by talking to the Ardougne baker with two pots of flour, three cheese and six tomatoes in their inventory. [19] 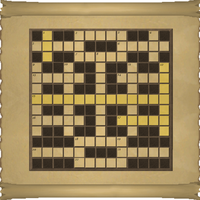 On the last day of the event, players could claim a Christmas cracker by talking to Emily in the Rising Sun Inn with one bucket of water, four redberries, and five cooking apples in their inventory. This was the only day where two clues were released on Facebook. These were accompanied by a clue on Twitter. [23]