After the boss has been killed a cutscene will occur.

Recommended: Xeric's talisman or access to one, Games necklace, Kharedst's Memoirs, use of fairy rings 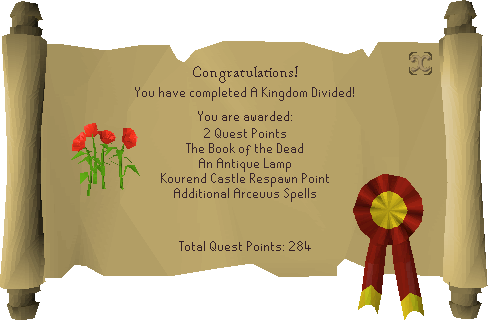