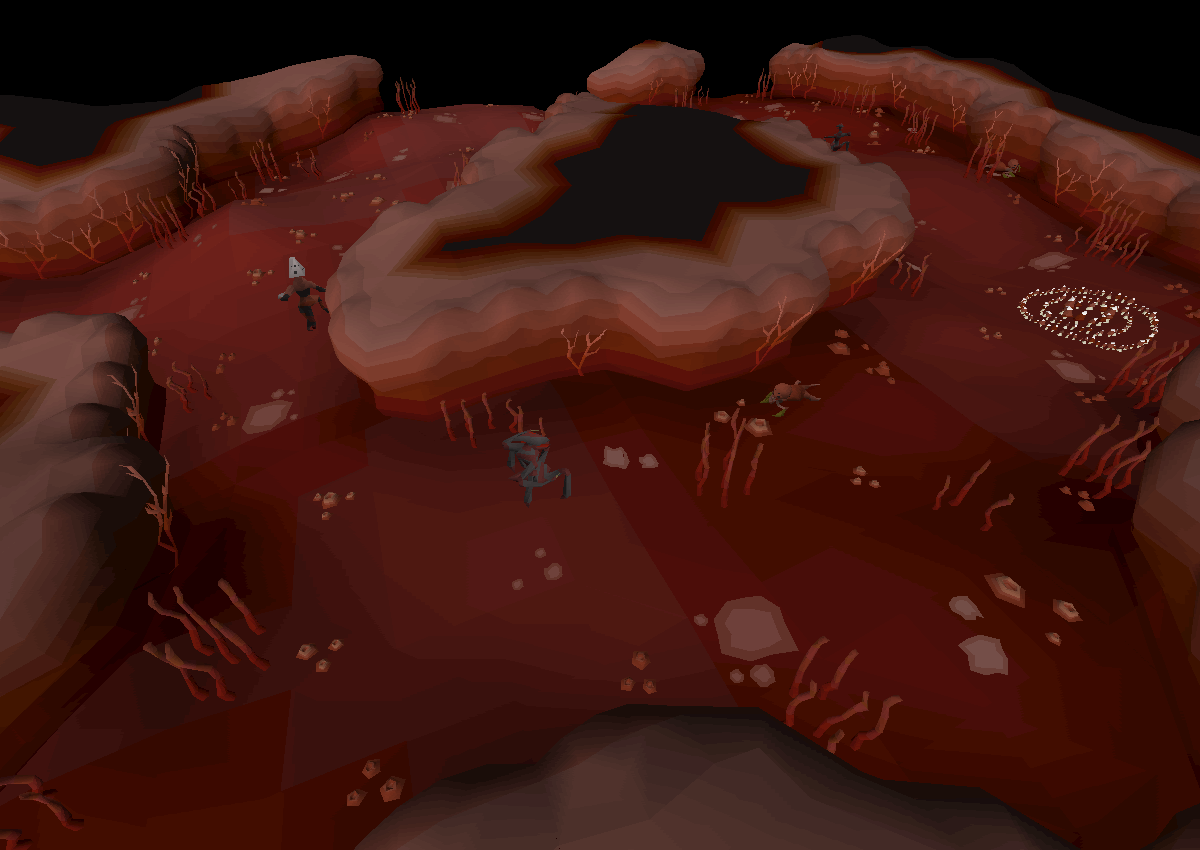 The Abyssal Area can be accessed by using the code ALR in the fairy rings network (must have started Fairytale II - Cure a Queen). It is one of the small fragments of the Abyssal plane, and as such is inhabited by the Abyss' denizens. Abyssal demons can also be found in this section of the Abyss; however, the demons here are seldom killed unless part of Konar quo Maten's slayer assignment due to them being spread out and the other aggressive monsters.

Since the Abyssal Area is the whole plane itself, players assigned abyssal demons in the Abyss may alternatively kill the Abyssal Sire.

Unlike the Abyss, it is not a multi-combat area. There is only one fairy ring in the south-east corner of the cavern, and the only other exit is via teleport. When entering you are neither skulled nor drained of prayer, as the fairy ring teleports players here, not the Mage of Zamorak.