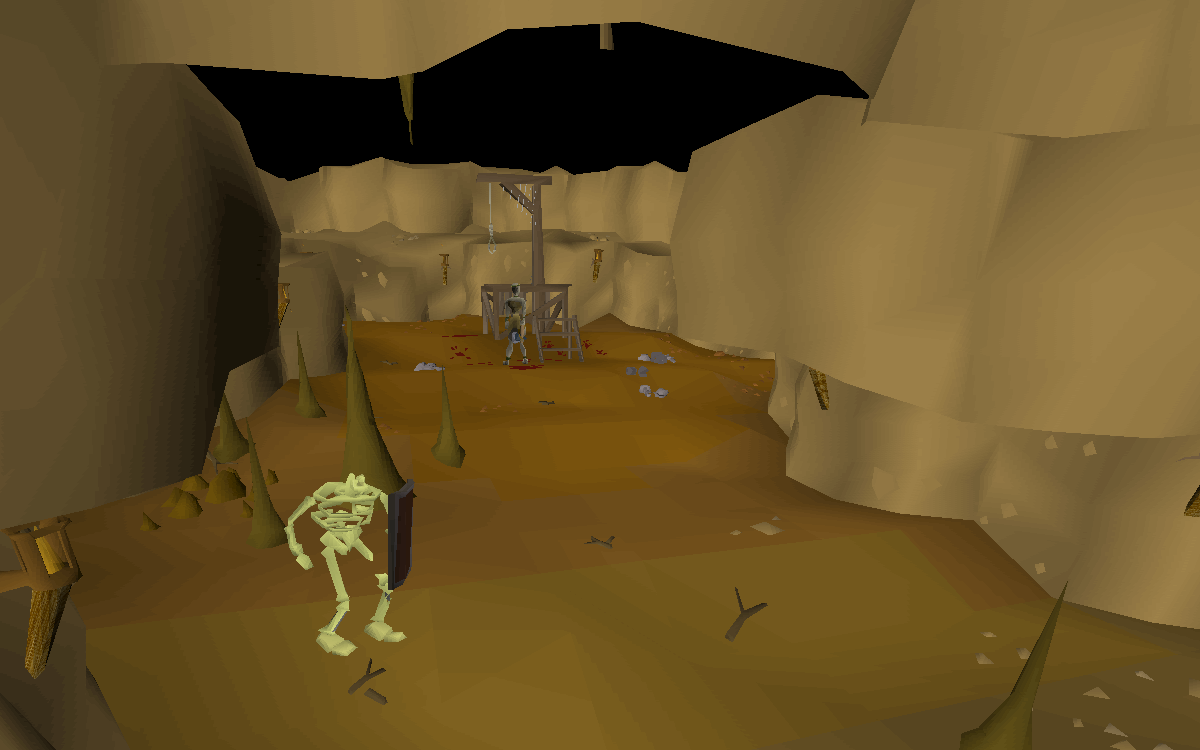 Ah Za Rhoon, which means Magnificence floating on water in an ancient language, was an ancient temple in Karamja that was built by Zadimus and destroyed by Rashiliyia. After being lost for many years, the temple became a legend, making many doubt its existence. This temple is visited during the Shilo Village quest.

To get to the temple from Tai Bwo Wannai, go east to the river, cross the log near the crashed glider, and go south along the river until you reach a mound of earth.

Use your spade on it to find a fissure. Light your torch with the tinderbox, then use the torch on the fissure to light it up. (Warning: don't use an expensive light source, as you will lose it). Add a rope to the fissure, securing it to the lip. Search the fissure again to climb down into the dungeon below (32 Agility required). After a short period of time the fissure will be covered in earth again - use your spade to uncover the fissure, and the rope and torch will still be in place.

The only monsters in the dungeon are level 64 and 66 Undead ones that ARE aggressive.