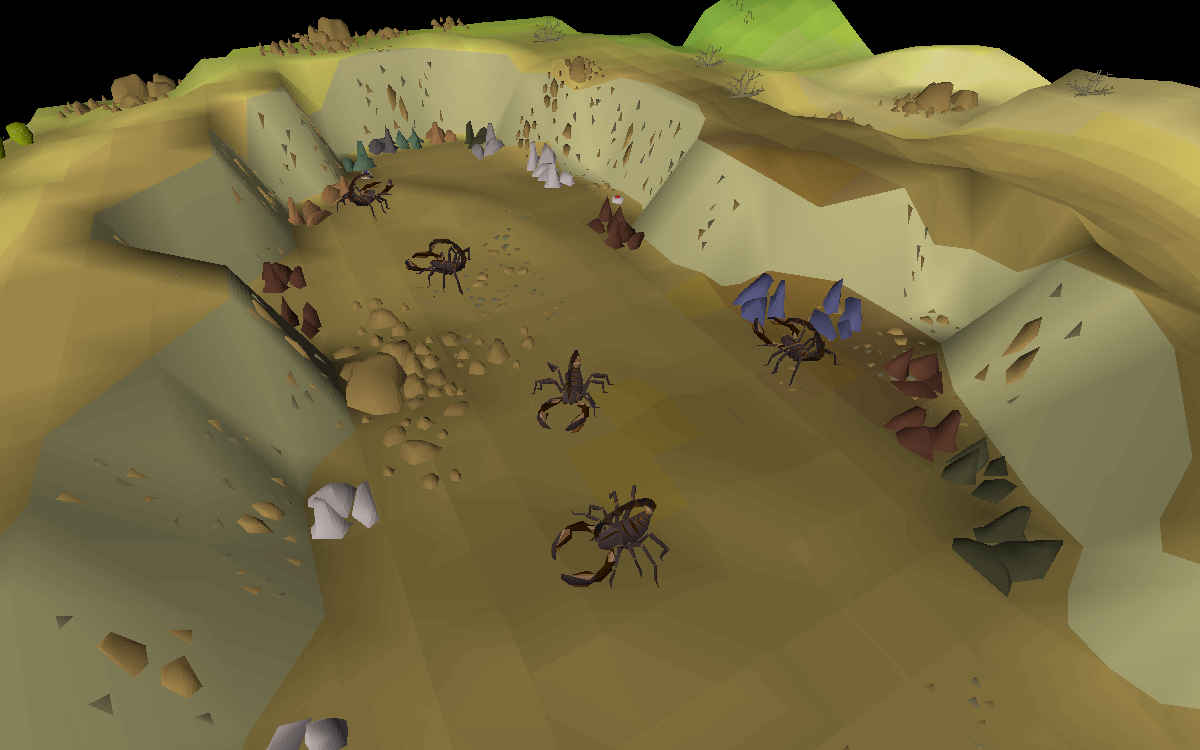 The mine is advantageous because it is near a bank and a furnace and is located in a very low-risk location for its high-value infrequent rocks, such as gold, mithril, and adamantite. In addition, this mine is one of nine in RuneScape where three iron rocks can be mined without moving, thus ideal for power levelling, with the other eight being the Mining Guild, Legends' Guild mine, Piscatoris mine, Lovakengj mine, Verdant Valley on Fossil Island, Mount Karuulm mine, Trahaearn mine and Wilderness Resource Area.