Altar may refer to:

Altars used to recharge prayer points, not in Player-owned house. 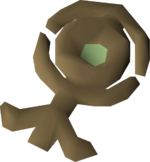 Elemental runic altars can be accessed with the appropriate talisman or tiara. Players can use an elemental talisman or elemental tiara to access them all rather than having one of each type.

The ring of the elements can teleport players near the elemental runic altars.

Catalytic runic altars can be accessed with the appropriate talisman or tiara, though not all require one. Players can use a catalytic talisman or catalytic tiara to access them rather than having one of each type.

Some catalytic runic altars require the completion of quests to access and craft runes upon.

Altars that can be built in a Player-owned house.

Altars or altar-like objects that do not belong to any of the categories above.