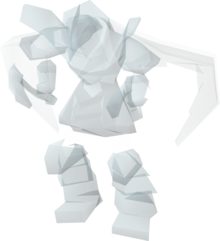 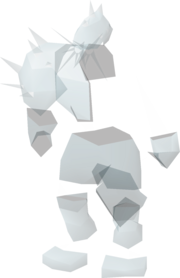 An Ancient Ghost is a long dead spirit found on the Isle of Souls, visible only when wearing a ring of visibility. There are two ghosts, an aviansie on the western end of the isle, and an ork on the north-eastern end.

The ghosts were once soldiers fighting in a battle on the Isle of Souls; the Armadylean soldiers that were sent there were tasked to claim and protect an unknown artefact,[1] but it was claimed by Bandos, who appeared to have used it destroy them,[2] as well as his own army.[3] This resulted in some becoming ancient ghosts, unable to move on to the next world.