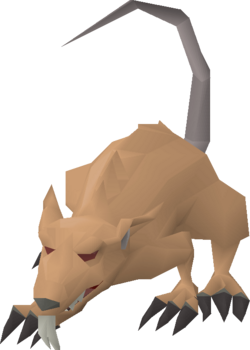 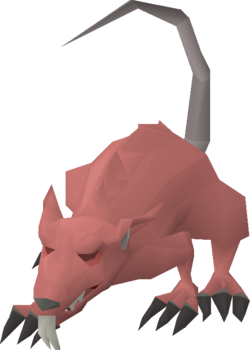 Angry giant rat is a monster that first appears during A Soul's Bane.

During the quest, it can only be damaged using the Anger mace. No experience is earned from killing it.

After the quest, it can be fought in Tolna's rift. Despite being a rat, it does not count towards a rat Slayer task.