Not to be confused with the Temple of Marimbo Dungeon. 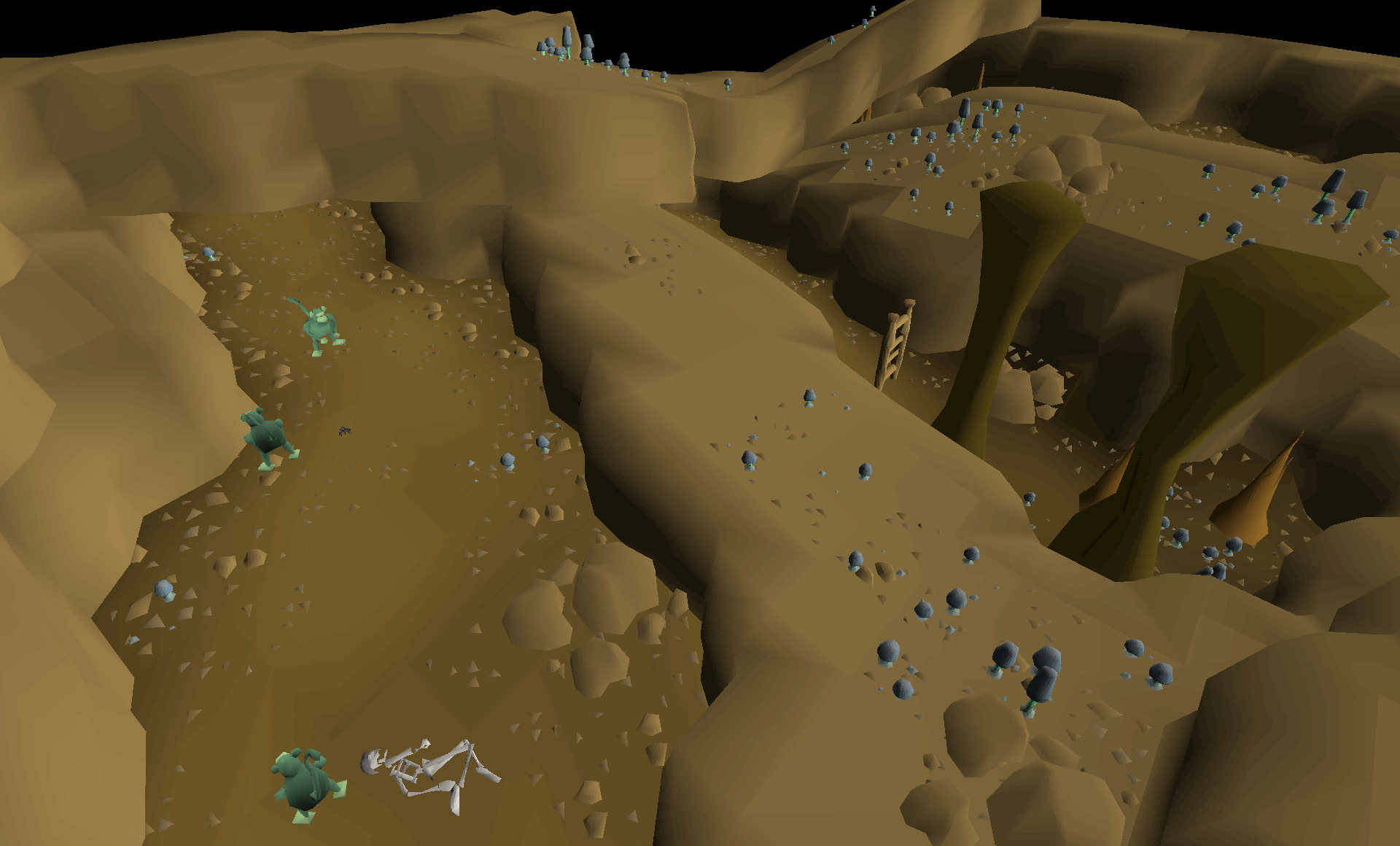 Ape Atoll Dungeon (also known as Zooknock's Tunnel) can be found in the southern jungle of Ape Atoll. It is infested with extremely strong monsters and traps. It is advised to have 43 Prayer when exploring this dungeon, in order to protect against the melee attacks from the monsters inside. If you are doing Monkey Madness I, then it is strongly recommended that you bring plenty of stamina or energy potions, super antipoison potions and lots of food.

This dungeon is a winding maze that has many dangerous areas. They include traps that can hit up to 8, spiders that poison starting at 5, and undead monsters capable of hitting over 20.

At the end of this dungeon are Bunkwicket, Waymottin and Zooknock, who are a large part of the Monkey Madness I quest. Zooknock, in particular, makes the monkey greegree and monkeyspeak amulet. During the quest, you must go through the dungeon in human form in order to obtain your first greegree. Monsters will not be aggressive to you if you are in any monkey form (i.e. wielding a monkey greegree), although damage will still be taken from traps and falling rocks. Waymottin can give the player a replacement 10th squad sigil if it is lost.

The dungeon has some use for training, as all of the monsters are aggressive regardless of level. There are many, many monsters that make this a desirable place to train using Ancient Magicks. A player who stands beneath one of the many rock ledges (providing protection from falling rocks) needs only to bring antipoison and prayer potions. Players can cast Ice Burst or Barrage on several level 142 Skeletons attacking at once. The player must be using Protect from Melee or they will die in a matter of seconds. Players also buy lots of red chinchompas to train Ranged as they hit multiple units at the same time. The Skeletons in this dungeon are especially good to train on as they respawn from their own bones. You can very quickly have at least a 2x3 grid of enemies next to you, which makes for very fast experience.

In the large rooms, there are easily avoidable spike traps along the ground that appear as dots. They hit 4 if stood on. There is a spike trap near the exit to one of these rooms, which cannot be avoided. When a player walks, or runs, across it, they should make sure to immediately click again past the trap; otherwise, they will be stopped on top of the trap taking repeated hits in quick succession. If you stand still on a spike trap, the trap will continuously hit you until you move or die. In addition, there are spike traps that appear as much smaller dots and are hard to spot. The easiest way to spot them is to right click because they have an examine option. These will poison the player 12 Hitpoints, but this poison fades quickly. They are also usually located near the visible spike traps.

After the large rooms have been traversed, a rock, which can be searched, will be encountered for which there is no apparent way of avoiding taking damage from the trap it hides as the player passes.

When in human form, there are tiny poisonous spiders that will poison the player over 3 Hitpoints.

The sheer length of the dungeon is another problem, as you will need to drink up to six doses of energy potion to maintain your run energy, depending on the weight you are carrying.