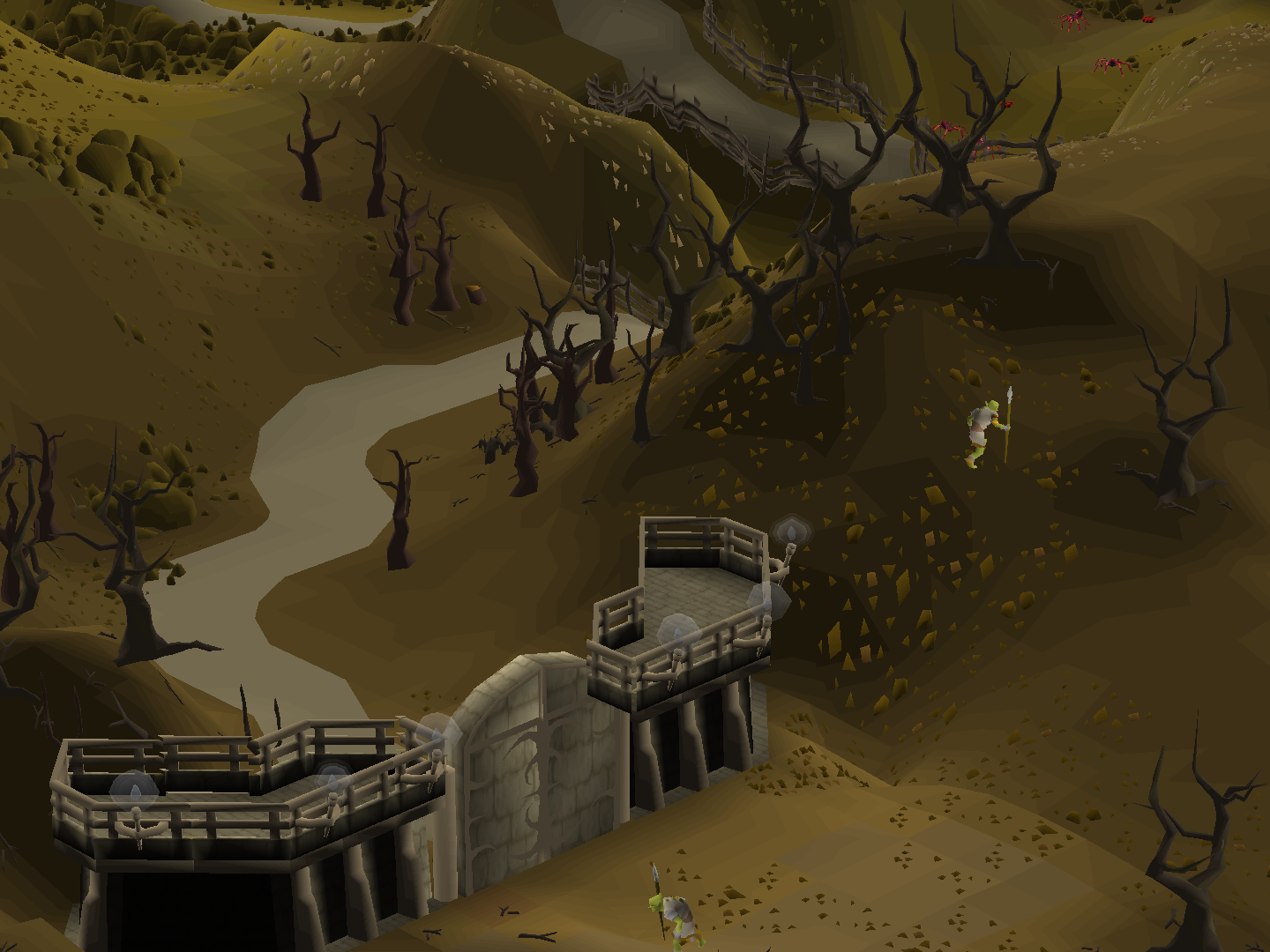 Arandar is a mountain pass leading to Tirannwn that may be used by players upon completion of the Regicide quest. Players may use the pass to access the elven lands without having to travel through the Underground Pass again. Prior to completion, the gate is a one-way exit. The gate leads to the forest southwest of the Tree Gnome Stronghold.

Arandar is the only known overland crossing through the impassible mountain range that borders Kandarin. The Underground Pass is long and extremely dangerous, and was conquered by Iban long ago.

There are dire wolves, deadly red spiders, and mourners wandering the Arandar path, although most adventurers using the pass will be strong enough to deal with them.

While the path mourners are only level 20, they will throw a vial if attacked, which drastically lowers all combat stats and hitpoints down to 20 temporarily. They are needed in the Mourning's End Part I quest and are not a threat unless attacked.

After the quest Song of the Elves, no more Mourners stop here. After completion of Song of the Elves the mourner gear can be obtained by searching the chest in front of the burgundy coloured bed under the Mourner's Headquarters.

There exist several Agility shortcuts that make the pass easier to cross, requiring Agility levels of 59, 68, and 85.