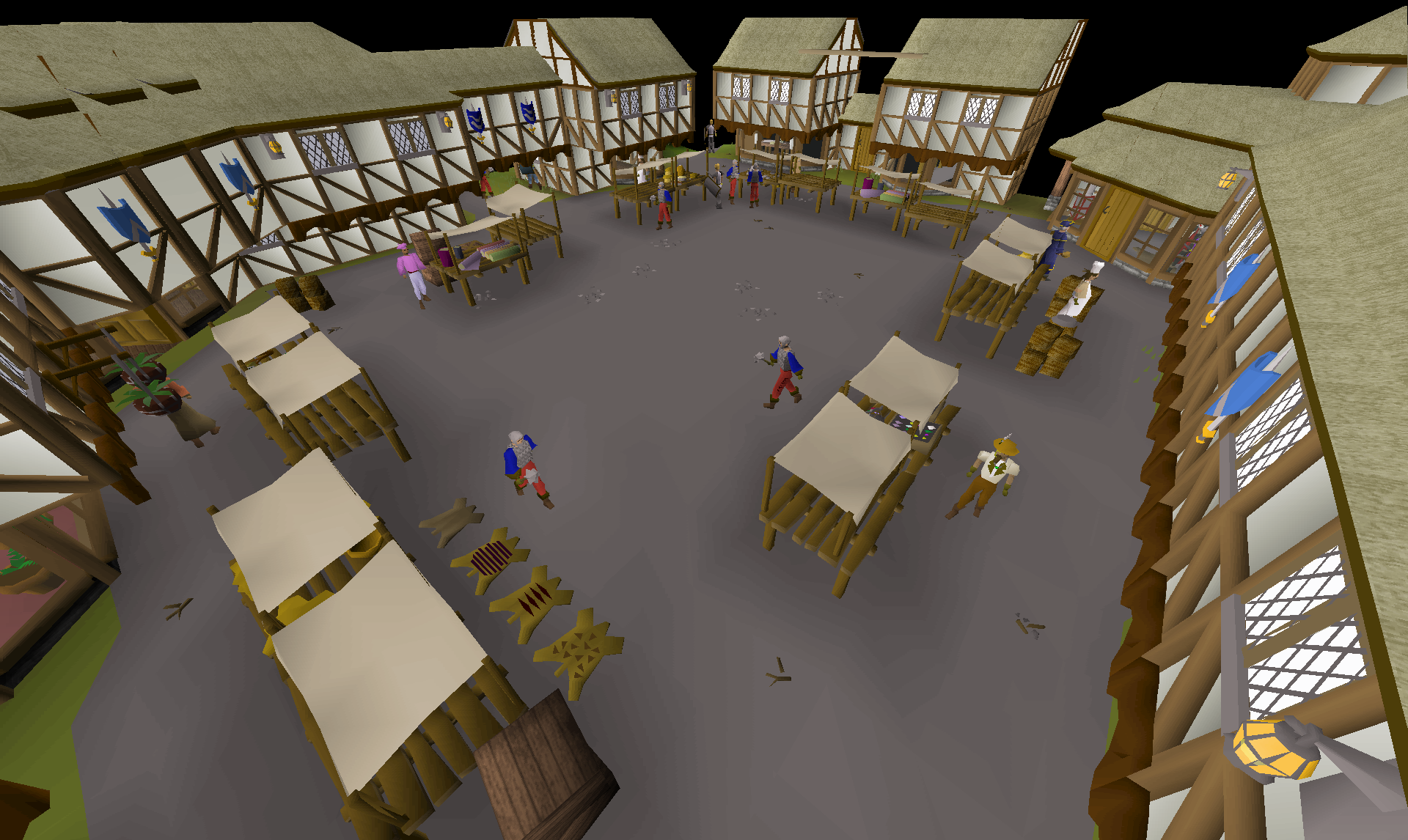 Ardougne (pronounced ɑrdɔɪn; "Arr-doyn") is the capital of the Kingdom of Kandarin. It is in the members area and is divided into two separate areas, West Ardougne and East Ardougne. West Ardougne is closed off to the general public because of a mysterious "plague" affecting the inhabitants, but you can slowly gain complete access by completing the first few quests of the Plague City quest line. It is also probably the best place to find thieves in all of RuneScape.

East Ardougne is most popular for its marketplace, which is home to many stalls loaded with baked goods, silk, silver, fur, spice, and gems. Many players train their Thieving here. Ardougne is also home to many Guards, Heroes, and Paladins to pickpocket, plus two banks, a prayer altar, a cooking range, a furnace, and several water sources. A port in Ardougne can take you to Brimhaven and a wizard to the northeast of the city can teleport you to the Rune essence mines. There is also a zoo where players may start the Eagles' Peak and Cold War quests. Ardougne is also the closest major city to the Legends' Guild.

Ardougne is the starting location for numerous quests, such as Plague City and its numerous sequels.

South of Ardougne is a monastery (Monk's Friend start), the Tower of Life, the Necromancer Tower and the Clock Tower. North-west of Ardougne is the Outpost, where you start Making History.

Players with 90 Agility can use the rooftop course, by climbing the wooden beams near the house closest to the gem stall. The course finishes next to a crate directly south of the gem stall. It is currently the highest level course in the game.

West Ardougne contains an altar, and an anvil, though it has no bank. Civilians will trade you 100 Death runes for your fully-grown cats(200 if the easy ardougne diary is completed). The entrance to the Underground Pass is at the west end. It is also influential in the quests Mourning's End Part I and Mourning's End Part II. During the Biohazard Quest, and in the Mourning's End quests, you may access the building in the northeast with the range and sink, although using those in East Ardgoune is suggested.