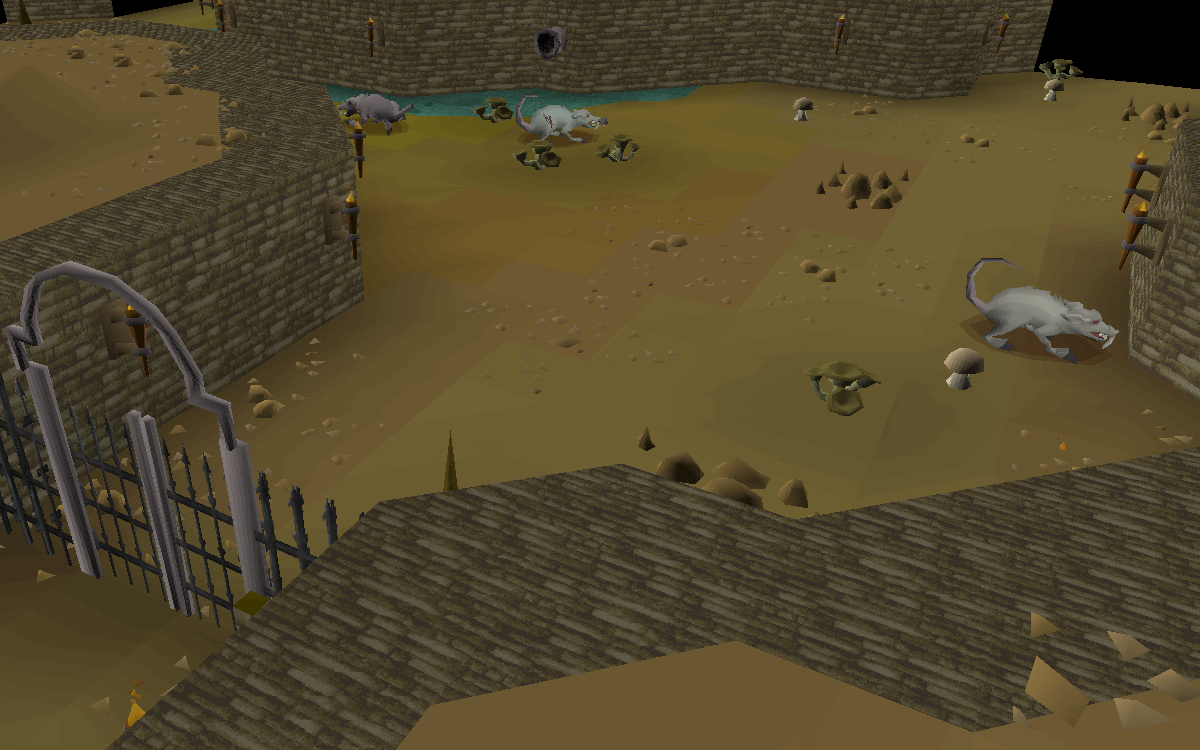 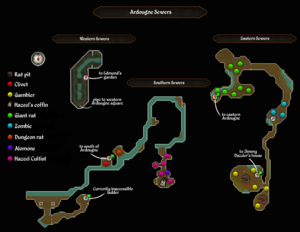 The Ardougne Sewers are an extensive dungeon system underneath East Ardougne and part of West Ardougne. Currently, players have access to three separate sections of the sewers, which are visited during various quests.

The sewers may be entered from one of the following locations:

Other than for the Rat Pits activity, the southern sewer is little visited, as it has little of much value or interest. Features of this sewer are:

Players can enter the eastern sewers through Jimmy Dazzler's house after the completion of Ratcatchers or through the manhole near the Estate agent's building.

Level 31 Thieving is required to pick the iron gate's lock when going towards the Rat Pits from west to east. The gate is not locked going the other way. This leads to a mine which contains 5 iron and 5 coal rocks.

Another door separates the northern half from the southern half. Ratcatchers must be completed to unlock this door.

The southern sewer is only partially explored by players. This sewer is the most flooded of the three, which makes it the most inaccessible. The main entrance, the only one known at present, is a cave east of the Clock Tower south of East Ardougne. This entrance may not be usable until the player has started the Hazeel Cult quest.