Armadyl is the god of justice and law and one of the lesser known gods of RuneScape. His beliefs are very close to those of Saradomin, and so he is usually assumed to be a benevolent deity.

It is rumoured that Armadyl ruled the skies of Gielinor, and possibly parts of Kandarin, during the Second Age. During the God Wars, he lost almost all of his influence and followers, and today is almost forgotten, but there are still many items dedicated to him that can be found. 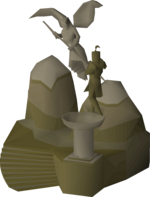 Possibly the only remaining altar dedicated to Armadyl.

Items in italics do NOT provide protection against Armadyl's troops in the God Wars Dungeon: 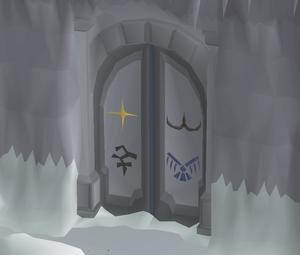 Armadyl's symbol amongst the other gods'.
Retrieved from ‘https://oldschool.runescape.wiki/w/Armadyl?oldid=14202154’
Categories: