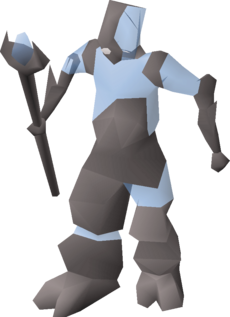 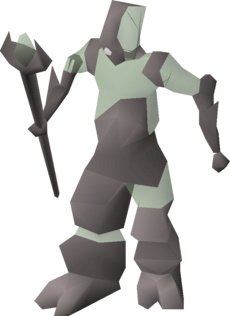 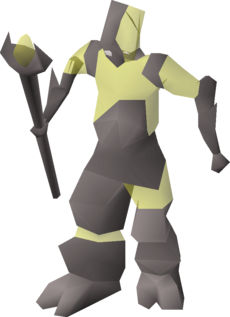 The Arzinian Avatar of Magic is an avatar of the Arzinian Being of Bordanzan that may be fought in the Between a Rock... quest. It only appears if a player's highest combat stat is melee; if it is magic or ranged, the avatar of ranging or strength will appear instead, respectively. However, this is not guaranteed as there is an element of randomness programed into the encounter.[1]