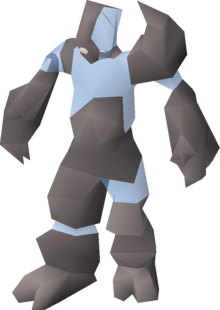 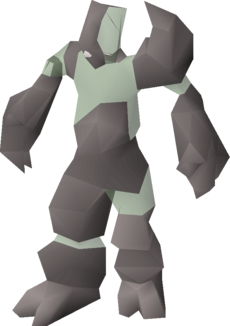 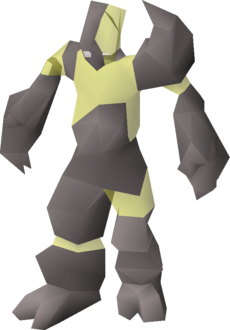 The Arzinian Avatar of Strength is an avatar of the Arzinian Being of Bordanzan that may be fought in the Between a Rock... quest. It only appears if a player's highest combat stat is ranged, if it is melee or magic, the avatar of magic or ranging will appear instead, respectively. However, this is not guaranteed as there is an element of randomness programed into the encounter.[1]