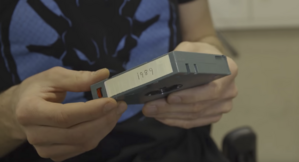 The archive was created during a pivotal time in RuneScape's history: the game was posting its highest membership numbers in mid-2007, a period retrospectively described by Jagex as when RuneScape was at its height[2]. After the backup was made, numerous updates were introduced that would fundamentally change the nature of the game, including the original Bounty Hunter (which was implemented along with the removal of Wilderness PvP), restrictions on trade between players, and the introduction of high-definition graphics.

In addition to all content present in RuneScape on 10 August 2007, Old School's original archive also contains content that was being worked on by Jagex at the time but had not yet been released. Some remains in the archive unreleased and other content has been added to the live game after passing a poll.

First released on 28 August 2007, God Wars Dungeon was re-released as one of the first major updates of Old School RuneScape in October 2013. However, it was not released unaltered: numerous exploits that had proven troublesome in 2007 (such as noted adamantite bars being farmed by bots) were nerfed or removed before launch.

First released on 18 September 2007, the Ourania Altar was nearly 100% complete[3] at the time the backup was made and is virtually identical to its vanilla counterpart with two exceptions: Eniola's interface was improved, and more runes may be produced by the Altar if the medium Ardougne Diary is completed. It was released in October 2016 after passing a poll.

Land of the Goblins[edit | edit source]

The Path of Glouphrie[edit | edit source]

A sequel to The Eyes of Glouphrie, this quest has been confirmed to exist in the archive[4] but has yet to be released into Old School RuneScape.

First released on 15 January 2008, an incomplete version of the Summoning skill was present in the archive. While Summoning does not exist in Old School RuneScape, numerous Summoning assets have been repurposed for use in the game. Examples include Callisto (a recoloured Arctic bear) and the Beaver skilling pet.