Autocast is an option of many Magic weapons, primarily staves, that can be activated on the combat section of the interface. This attack option causes players to automatically cast a selected spell when they attack, as opposed to manually selecting the spell and its target each time you wish to cast it. When using autocast, the first attack is delayed by 1 tick, while there is no delay when manually casting. Once autocast has been selected, a player will continue casting spells as their default attack as long as they wield the staff and have the correct amount of runes.

The autocast setting is remembered, unless you: 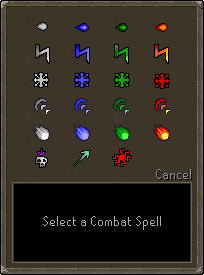 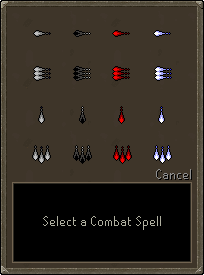 The following staves can autocast the Ancient Magicks, as well as spells from the standard spellbook: 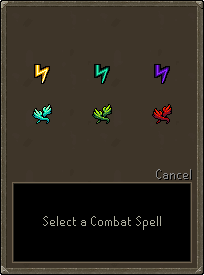