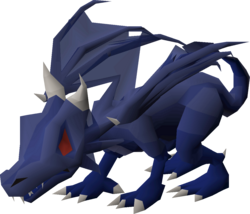 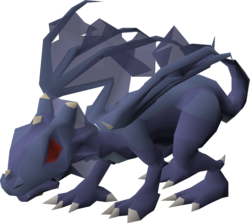 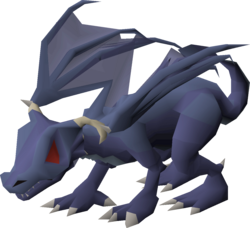 Baby blue dragons are the young of adult blue dragons found in Taverley Dungeon, the Isle of Souls Dungeon, and in the basement of the Myths' Guild. Unlike their adult forms, they do not breathe fire.

Players who wish to kill baby blue dragons without being attacked by the adult blue dragons can find some near the lava eel fishing spot, south of the Agility shortcut.

They can be killed as an alternative for a blue dragon Slayer task.