From Old School RuneScape Wiki
Jump to navigation Jump to search
The RuneScape Wiki also has an article on: rsw:Ace
For the other pet obtainable via Hunter, see Herbi.
Baby chinchompa? (edit) 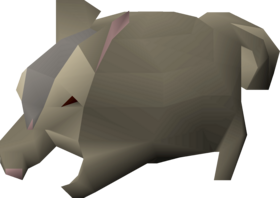 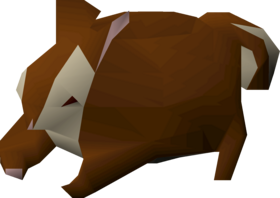 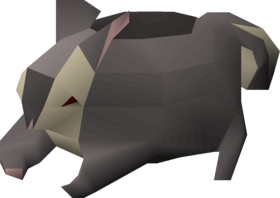 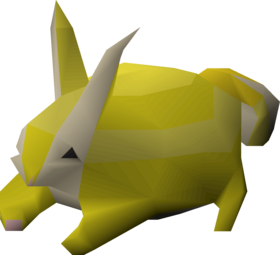 The baby chinchompa is a skilling pet that can be obtained while catching any kind of chinchompa. The chances of getting it are dependent on the player's Hunter level.

Shown below are the base chances of receiving a baby chinchompa.[1]

A player's actual chances of receiving it is

is the base chance and

is the player's Hunter level.

Players can right-click "Metamorphosis" to randomly change the baby chinchompa's colour between grey, black, and red. When changing colours, there is a 1/10,000 chance that it will change into a gold colour. When attempting to metamorphose a golden baby chinchompa, a warning is displayed with a yes or no option. The chinchompa will retain its gold colour if the player logs out or adds it to or retrieves it from a menagerie. However, should a player die with a golden chinchompa, the pet will no longer be golden when claimed from insurance.