The bank key is a Deadman Mode item that allows 10 of the victim's most valuable items, based on Grand Exchange value, to be taken. It can be obtained by killing a player. The player that obtained the key can collect the items by opening a chest in a bank within a low-threat area, which means they must wait till their skull expires or risk being killed by the guards. These bank keys cannot be deposited into a bank, and only five bank keys can be in a players possession at any given time.

Players who attempt to destroy a bank key must wait for a 10 second countdown displayed in the chatbox, similar when attempting to teleport or log out. Players may cast High Level Alchemy or Low Level Alchemy on it to receive 0gp.

If a player kills a player who is in possession of another bank key, they will drop their own bank key in addition to their victim's bank keys. If a skulled player dies to a guard, 10 of their most valuable items from the bank are dropped wherever they die. Additionally, the player will lose 10% of all of their protected stats. 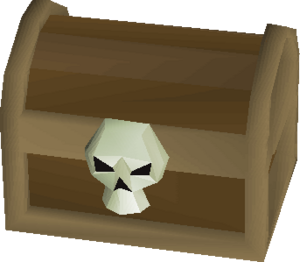 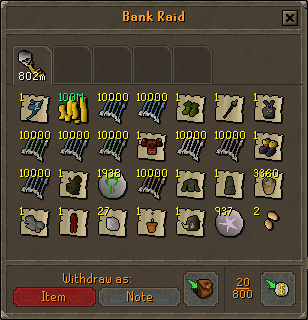