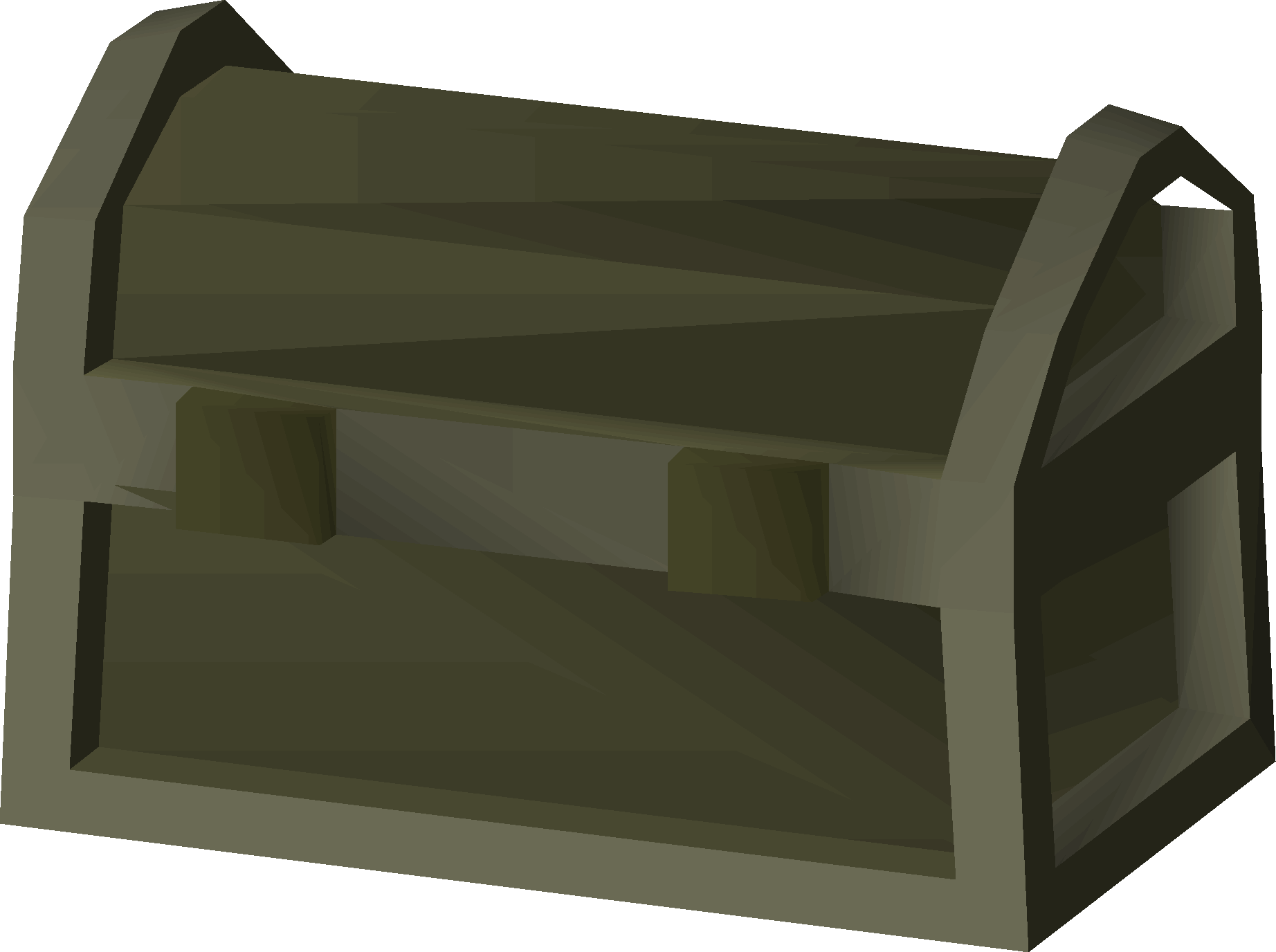 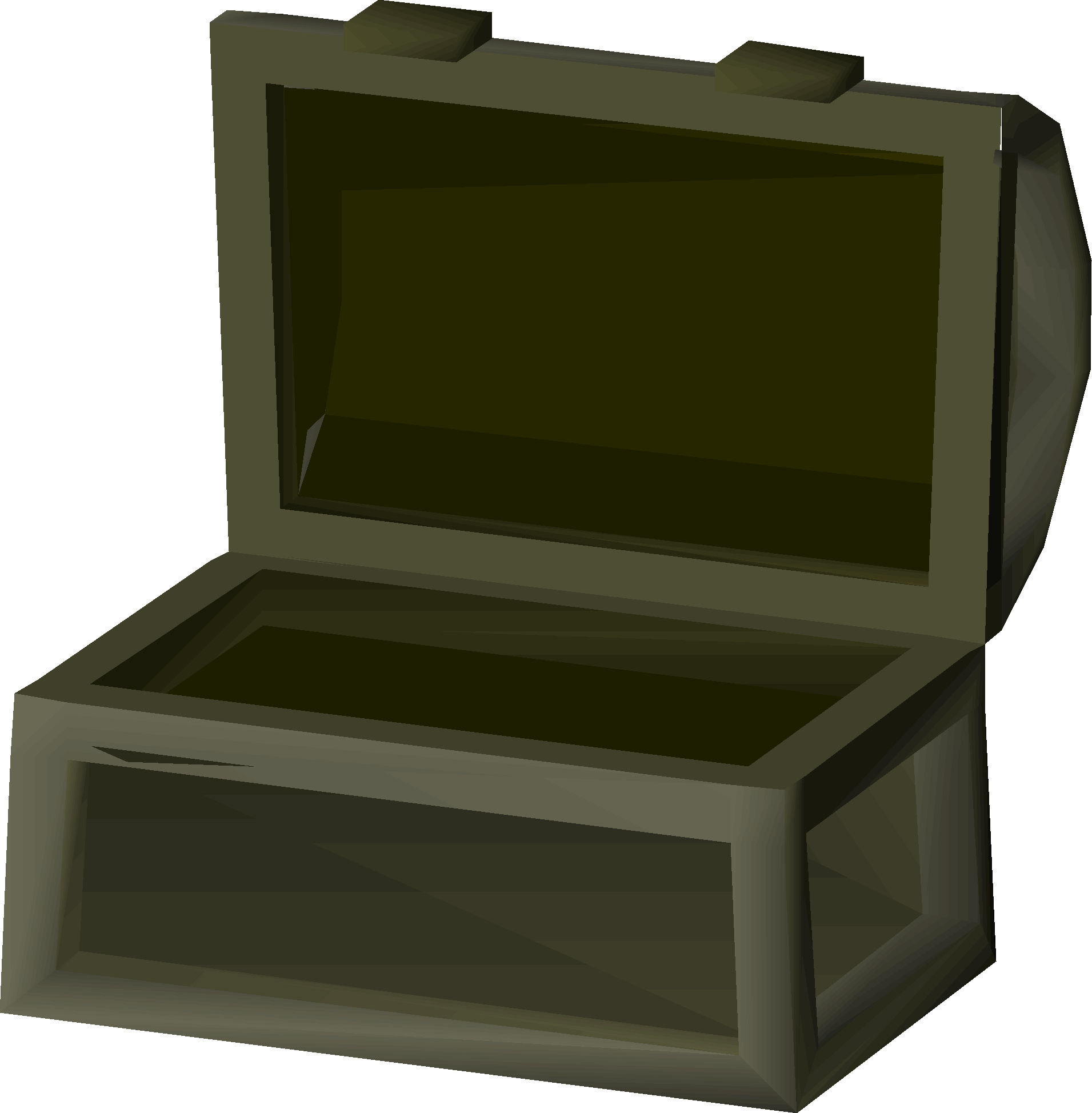 This is the rewards chest of the Barrows minigame. It is located in the middle of the tunnels beneath the brothers' crypts.

Upon opening the chest, the brother whose crypt the player entered will appear and start attacking the player, if he did not already appear while travelling through the tunnels. It is not required to kill the Barrows brother in order to loot the chest. However, keep in mind that the chance of getting Barrows equipment from the chest increases as more brothers are killed, and players will not be able to receive equipment belonging to brothers they did not kill. Furthermore, it is required that you kill at least one enemy of any kind in order to be eligible for any possible loot from the chest.

Once the chest is open, click it again to loot it. A window will appear showing you the rewards, which will go into the player's inventory (or be dropped on the ground, if the inventory is full) once the window is closed.

Drop rates estimated based on 128,000 openings from the Drop Rate Project, unless otherwise cited.

Note that the loot chances below are accurate for a Barrows run with all 6 brothers slain and with full potential (1012 points). To accurately calculate your specific situation, please make use of the Barrows calculator.

Players who completed the hard Morytania Diary will receive 50% more runes. The base amount without the diary completed is listed below.

Where P is the drop chance and N is the number of brothers killed.

Chance of other items[edit | edit source]

be the combat level of the 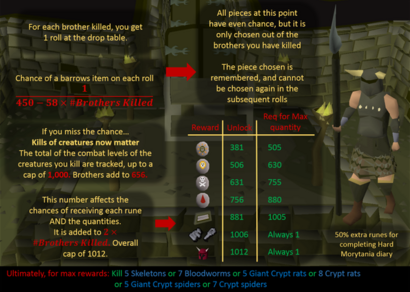 Here are some values expressing your chances of getting the items. These numbers assume you kill all the brothers each time.