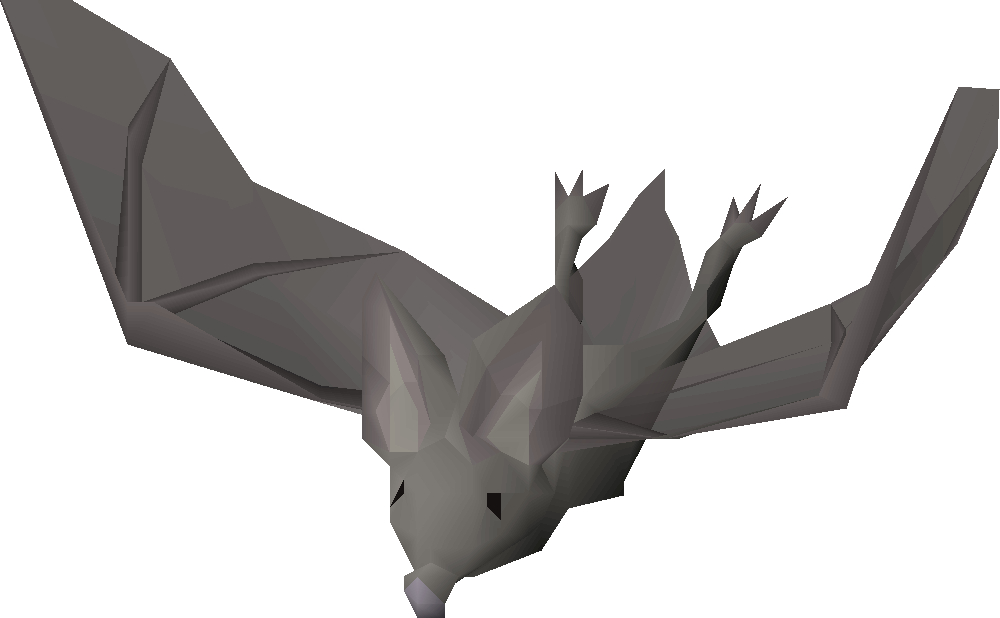 Bats are small flying monsters that are most commonly found in numerous dark areas throughout Morytania. They are weak and pose little threat to players.

Stronger and larger variants of bats exist that can be used as alternatives for bat Slayer tasks, such as the giant bat and albino bat.

A bat found near Damis during Desert Treasure can be used to safespot him by luring Damis and the other aggressive monsters behind it, making the fight considerably easier.