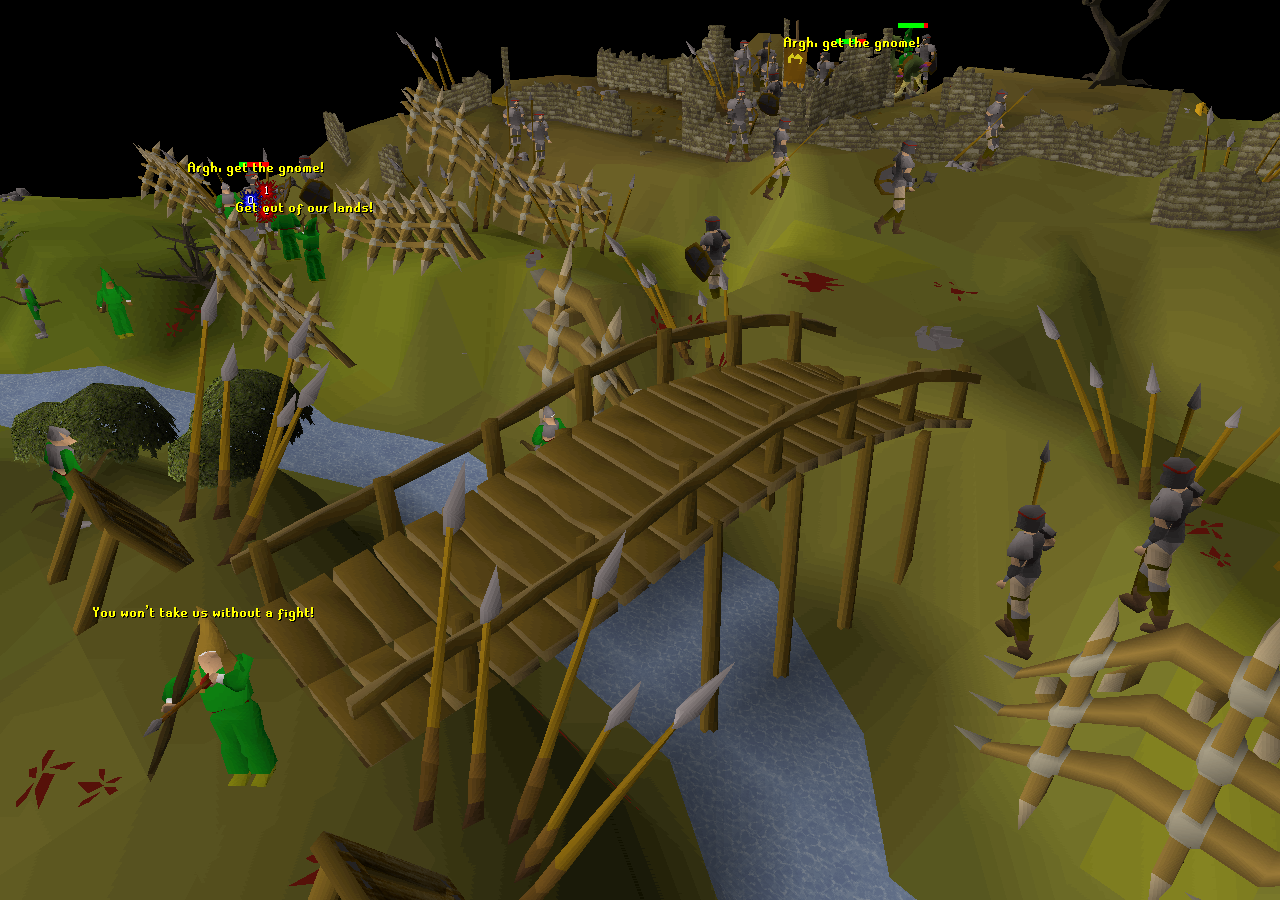 The Battlefield is separated by a small river (with three bridges), with the Gnomes on the south side (by Tree Gnome Village), and the Khazard troopers on the north side. This area plays a large role in Tree Gnome Village quest. The gnomes and troopers are often seen to be engaged in battles with each other. Players are free to support either side in the battle, though if they plan to fight casually, they should bring equipment common to the side they wish to support (Iron spear and armour for Khazard troopers, a shortbow for gnomes).

To the north is a passageway by the southern edge of West Ardougne. Up the passageway is the Khazard warlord (level 112).