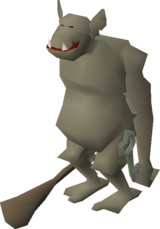 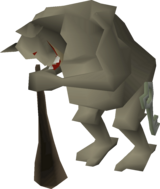 Players can pickpocket him for the key if they have level 30 Thieving, if not they must fight him.

He is normally sleeping, but if pickpocketing fails, he wakes up and starts fighting.