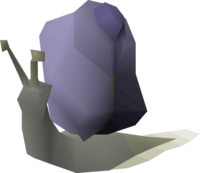 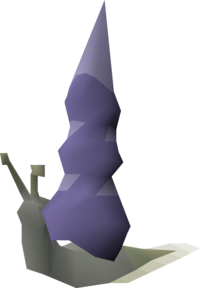 The Bruise Blamish Snail can be found in the depths of the Mort Myre Swamp. A chisel may be used on the shell it drops to make a snelm. There are two types of these snails:

A chisel (or the "Craft" option) can be used on either shell to make a Snelm of the same shape as the shell.