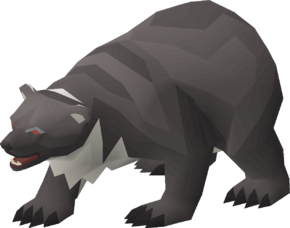 Callisto is an enormous bear empowered by the corruption of the Wilderness that resides south of the Demonic Ruins and is the only monster to drop the tyrannical ring. He attacks using Melee. He can knock players back a few tiles, which renders them unable to move for a few seconds, as well as heal himself slightly. He is also able to perform a deadly shock wave attack that can hit up to 60 and may combine this with a melee attack, which is capable of instantly killing the player if they are within melee range and do not have Protect from Melee active.

Callisto is immune to Magic damage, although spells with effects such as Vulnerability will still affect him.