The Camdozaal Vault is an area in the northern section of the Ruins of Camdozaal where players have 60 seconds to navigate a maze of barriers to find lockboxes that contain increasingly valuable rewards.

Completion of the Below Ice Mountain quest is necessary to gain access to the ruins, and each entrance to the vault itself requires 750 barronite shards, which must be stored in the Sacred Forge. 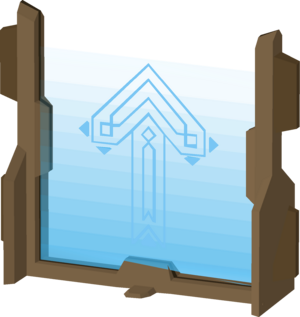 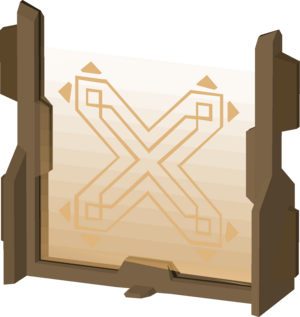 Upon entering, take a second to find the path of blue barriers leading to the back of the maze. Time and shards are better spent getting one or two higher-tier lockboxes than several low-tier lockboxes.

With a good barrier layout, you can get 2 ornate lockboxes at the back of the maze and then 1-2 simple lockboxes toward the front on your way out. If a lockbox is behind more than one blue barrier off of your main path, there is not enough time to pick it up. Additionally, if a path leads you to the back of the maze and then around to the opposite side, you will have a long run back to the exit and, therefore, only have time to get one high-tier lockbox.

A simple rule of thumb is to use the first 30 seconds for going farther into the maze and the last 30 seconds for exiting. If you are still searching the back of the maze with less than 30 seconds to go, there is a good chance you will not make it out, as the path forward and back are the same.

Lockboxes in the player's inventory will not be lost upon entering the vault. Therefore, one can safely enter the vault directly after exiting to do several runs in quick succession.

Note: Lockboxes cannot be opened inside of the vault, even if brought in from a previous run.