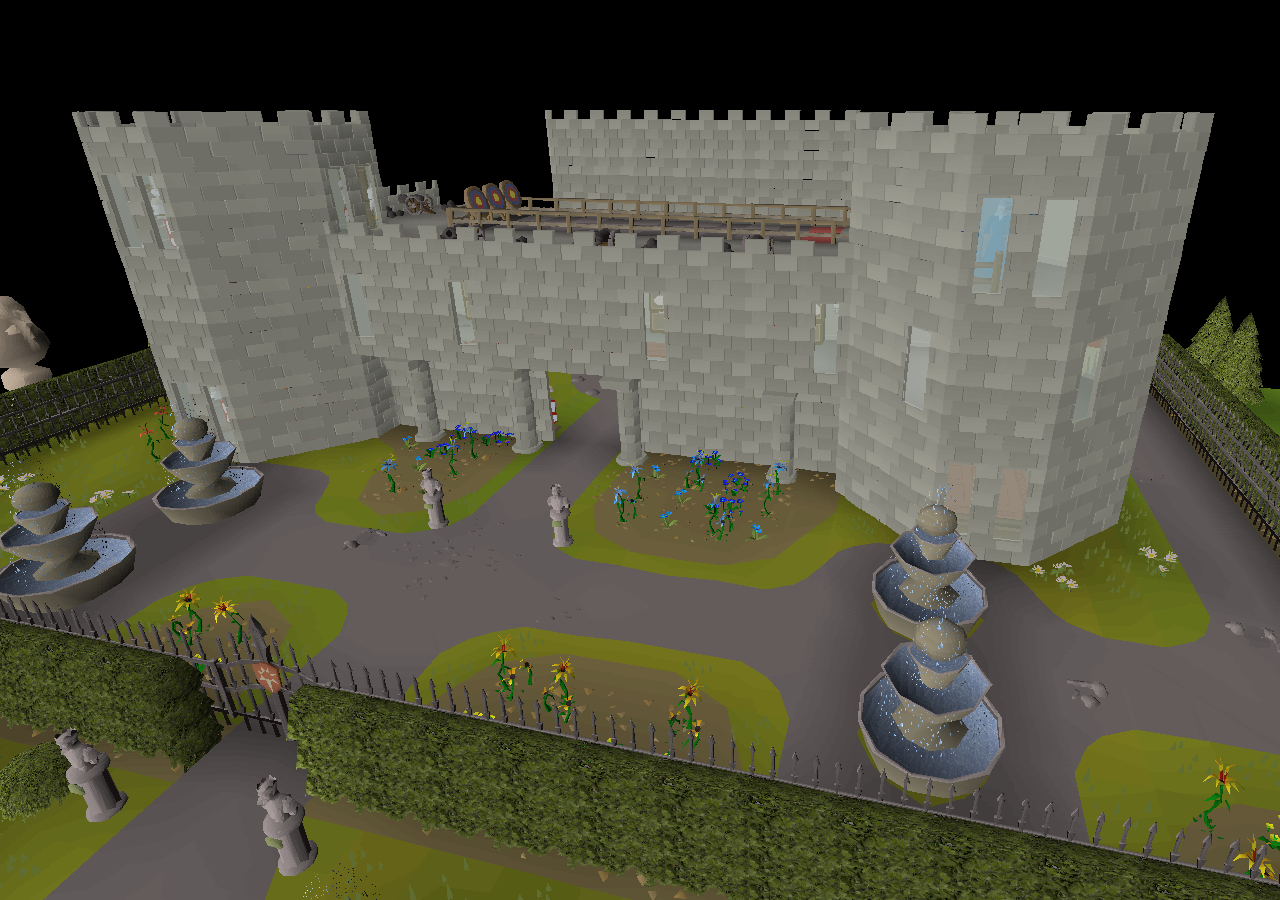 The Castle of Camelot is a stone's throw east from the famous city of Seers' Village. Home to King Arthur and his Knights of the Round Table, the castle is also the starting point for the Holy Grail and Merlin's Crystal quests. The Camelot Castle might also be a frequent venture for players following clue scrolls.

Camelot was once the home of the Sinclair family. However, when the Knights of the Round Table came to Gielinor, Lord Sinclair gave the castle to them and moved to another place known as Sinclair Mansion.

You can't access the castle if you're in middle of doing King's Ransom.

The Camelot Teleport is a common method of transportation to Camelot and its surrounds.

Knights of the Round Table[edit | edit source]

All of these knights appear in the original legend.

These knights cannot be fought normally, but after you have completed King's Ransom, you will be able to take part in the Knight Waves Training Grounds that allows you to fight all of the Knights of the Round Table, one after the other. This is for a reward of 20,000 experience in combat skills (Hitpoints, Attack, Strength and Defence), and your respawn point can be set to just outside the castle (by speaking to Merlin in the castle, 1st floor[UK]2nd floor[US]) instead of Lumbridge or Falador. You also get access to two new prayers (Chivalry and Piety).

Although not technically part of the Knights of the Round Table, Merlin lives in Camelot Castle in his study on the 1st floor[UK]2nd floor[US]. He is a close confident of King Arthur and plays a large role in all the Camelot quests.