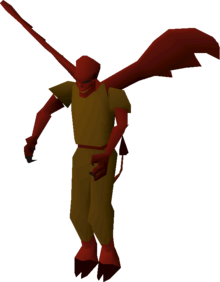 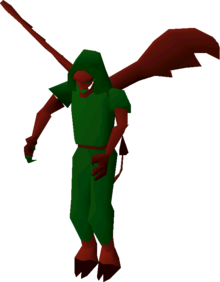 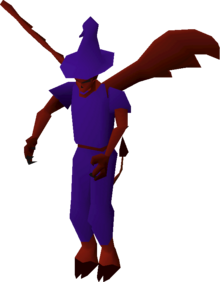 Chaotic death spawns are monsters that the Nechryarch can summon when it is being attacked. They function similarly to their normal variants.

Rather than being summoned one at a time like normal death spawns, the Nechryarch summons 3 chaotic spawns immediately when it calls for them. The chaotic spawns also cover all three forms of the combat triangle; one uses melee, another uses magic, and the other one uses range.

These chaotic spawns are more accurate than their normal variants and have a higher max hit of 7. However unlike their normal variants, their attacks can be blocked with protection prayers, though the best way to deal with the chaotic spawns in single-way areas is to run away until they lose interest, as they will not target the player again when they attack the Nechryarch. In multi-way areas, they can be killed with burst/barrage spells instead.

Once the Nechryarch dies, the most recent set of chaotic death spawns they summoned will immediately despawn. Any other sets, if any, will despawn in a short period of time.

Chaotic death spawns are demons, so the special abilities of demonbane weapons affect them.