From Old School RuneScape Wiki
Jump to: navigation, search
The RuneScape Wiki also has an article on: rsw:Tears of Guthix cavern
Chasm of Tears 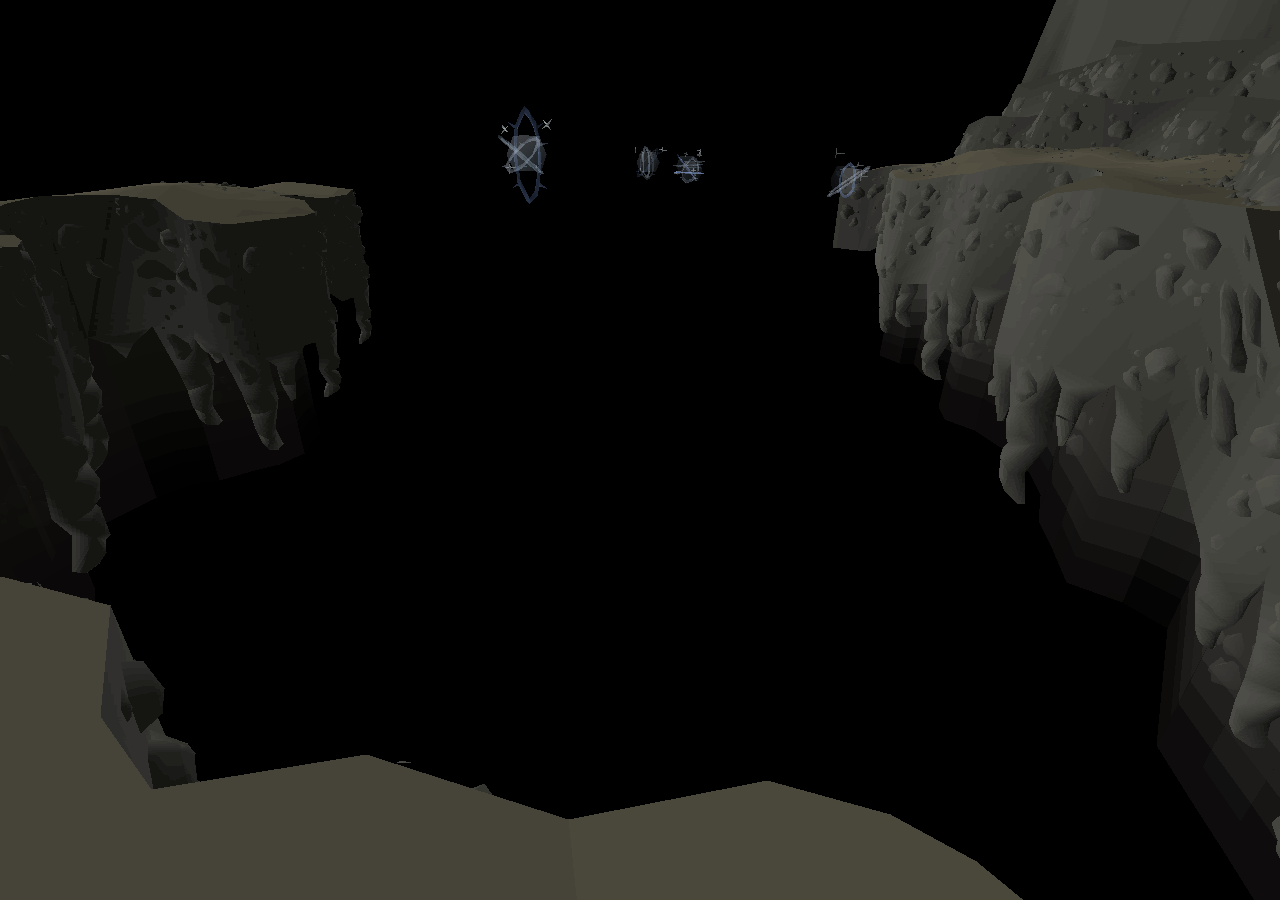 The Chasm of Tears is used in the Death to the Dorgeshuun and Tears of Guthix quests. It is also the location of the Tears of Guthix (minigame). The chasm can be entered through the Lumbridge Swamp Caves. If the player has no light source, the cave will be slightly dim, as if they were carrying two candles in a dark area rather than three.

The cavern has an immense chasm in its centre. Light creatures can be seen flying about the chasm. To ride the light creatures, however, players must use lit sapphire lanterns to attract the creatures, and then they have the option of going across to the magic stone ores or down into the chasm.