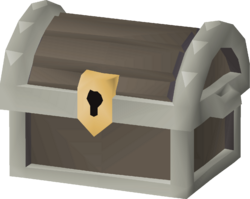 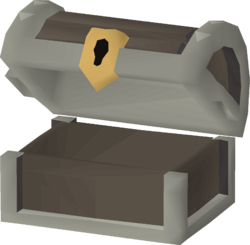 The chest from Last Man Standing is a unique chest found inside both maps of the PvP minigame Last Man Standing. It appears in both maps and is the player's only way of obtaining gear upgrades and can only be opened if the player obtained a bloody key or a bloodier key, both of which are dropped by other players on death.

The Chest has a handful of items the player can get after opening it. The items are divided into 3 categories: "Offensive", "Defensive" and "Offensive Upgrades"