Cold War is the first quest in the penguin quest series. It involves two agents finding out about the plans of the penguins, and requires you to go undercover as a penguin spy on the iceberg in the Lunar Sea. 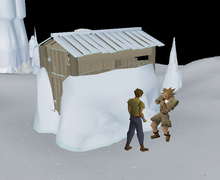 Back to the Iceberg[edit | edit source] 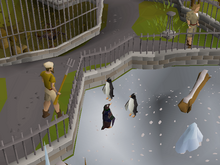 The player, disguised as a penguin.

Items required: Swamp tar, and five feathers (both can be obtained during this part, but the Swamp tar is some distance away).

Penguin Performance
The music played by Ping and Pong.

Cutscene
The music which plays during various cutscenes throughout the quest. 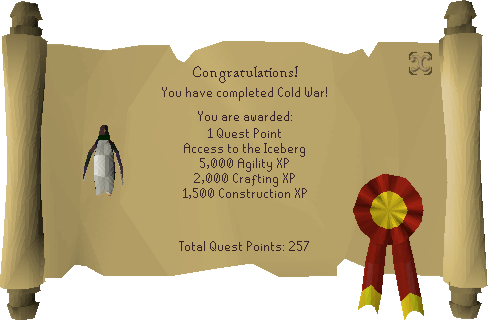