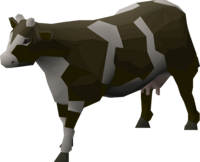 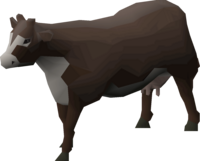 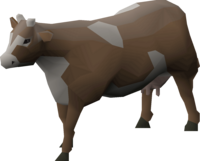 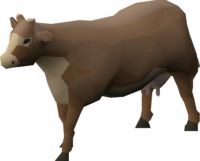 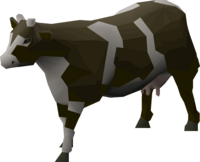 Cows are common low level monsters new players train on. They are one of the first NPCs new players see in Lumbridge. Cows can help new players earn money, Cooking experience, and combat experience. The cowhides that they drop can be tanned to make leather or hard leather, or they can be sold for coins to players wanting to raise their Crafting level. While most locations containing cows are crowded, there are some spots usually vacant, like the spot north of the windmill north-west of Lumbridge. Along with cows, you can also find cow calves and dairy cows.