The Crandor map is one of the items needed to complete the Dragon Slayer I quest. It is vital to the sailor Ned for him to sail the player to Crandor.

The Crandor map is made after collecting the three map parts and using any one piece of the map with another, provided that the player has all three parts in their inventory. 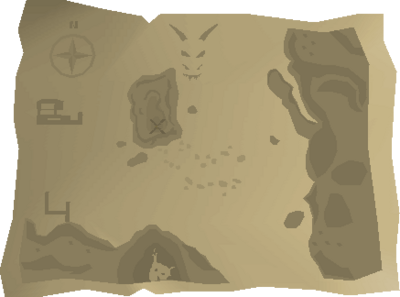 Crandor map with all three pieces.

To obtain extra map for memorial, one should do the following:

If a player manages to keep the map and take it to the Wise Old Man, he will offer to buy it for the price of 3 coins.