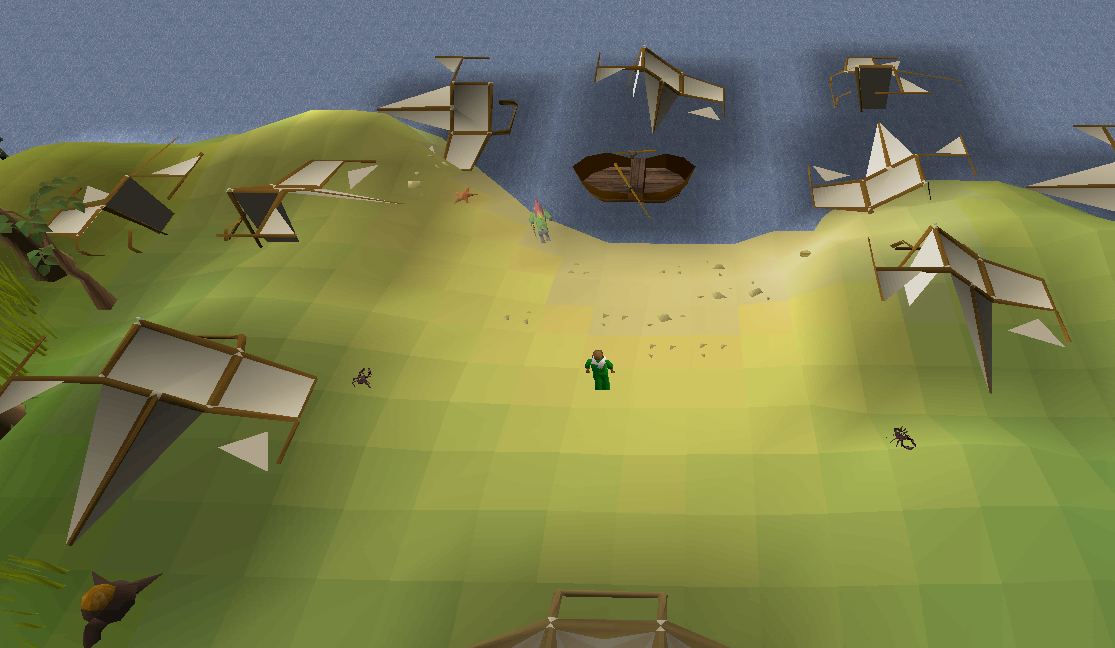 Crash Island is a small island to the east of Ape Atoll. Players gain access to it during Monkey Madness I. There is also a dungeon underneath the island, which is used for the sub-quest Freeing King Awowogei in Recipe for Disaster.

All attackable NPCs on this island, with the exception of birds, are aggressive and poisonous. As such, it is an unpopular place to train. Few players prior to completing Recipe for Disaster have explored the island.

At the moment, the only known methods of getting to Crash Island are:

Lumdo and Waydar remain on the island, and can transport the player to Ape Atoll and Tree Gnome Stronghold, respectively.