Crocodiles are found in the Kharidian Desert south of Pollnivneach on either side of the River Elid. They are often assigned as Slayer tasks by Vannaka. Bring waterskins to avoid dying of thirst.

A great place to fight crocodiles is on the south side of the river, directly south of the small island where the crocodiles spawn. Because crocodiles are aggressive from a few squares away, this place attracts crocodiles from in the water where they cannot usually be reached, and is much less click intensive. There is a safespot for crocodiles directly west of the magic carpet at Nardah, on a cactus near the river north-west of the crack in the desert. There are two crocodile spawns that can be safespotted, which makes the task considerably easier.

Another place to fight crocodiles (if Icthlarin's Little Helper has been completed) is just north of Sophanem, by the river just outside the gate. There is an altar for prayer, and a sink just south of that inside of the city, allowing for prolonged trips. 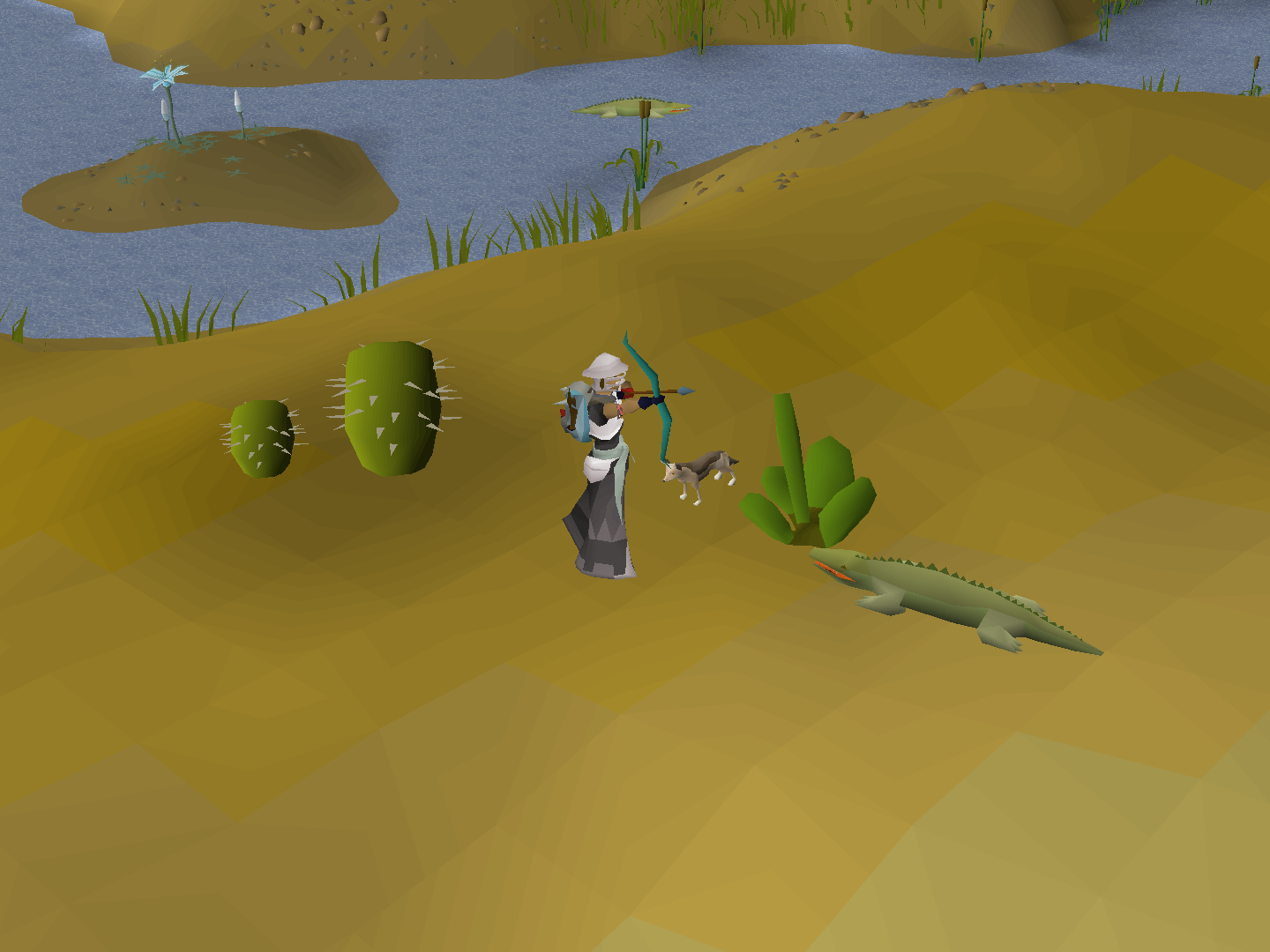