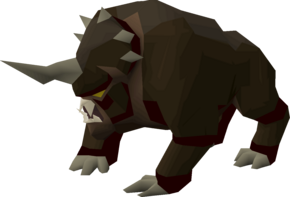 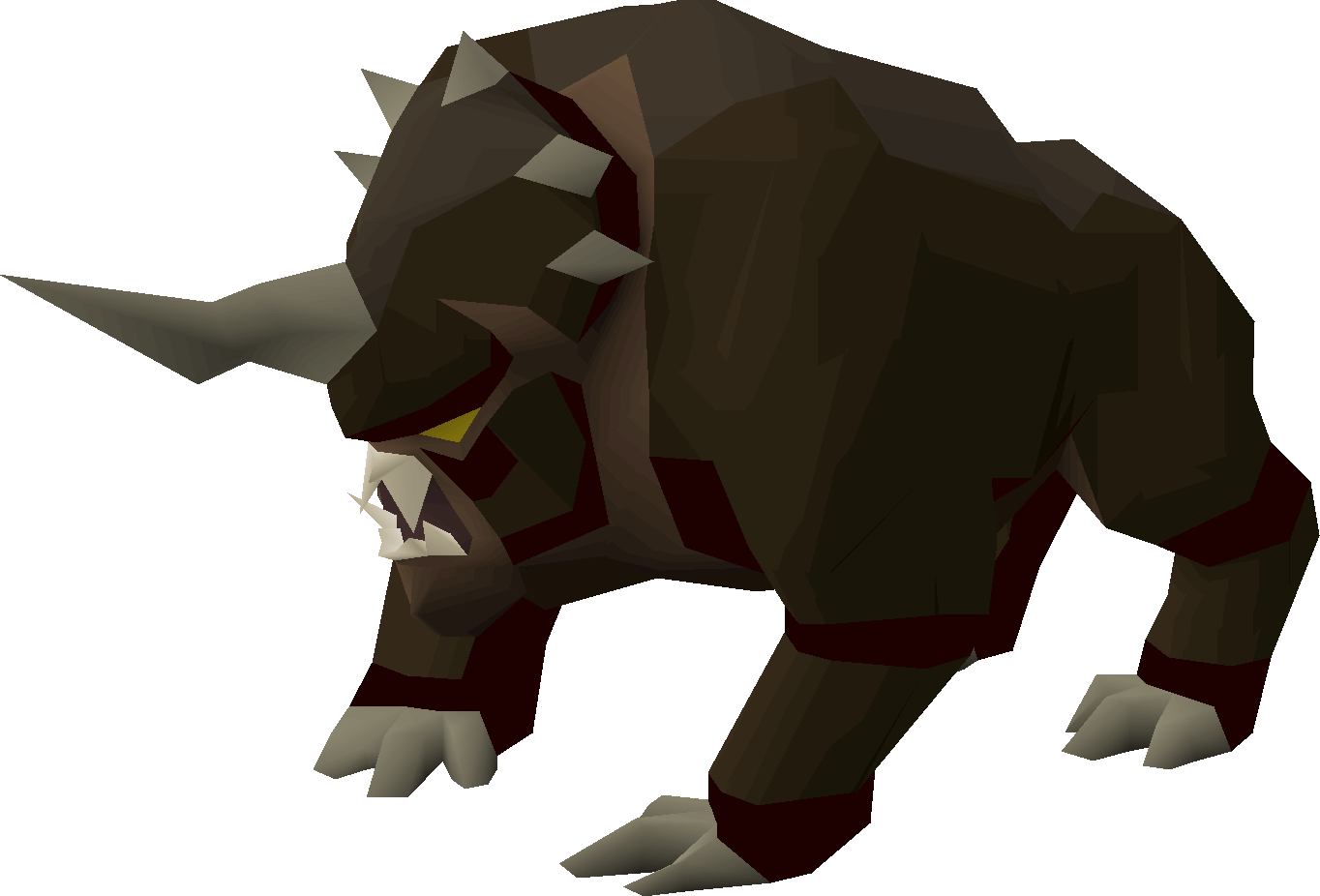 Dark beasts are monsters that require 90 Slayer to kill, and are found in the Mourner Tunnels as well as in Iorwerth Dungeon in Prifddinas. Along with their superior variant, they are the only monster in the game to drop the dark bow and the death talisman.

Dark beasts attack with both Melee and Magic; however, they will only use Magic if they are attacked by the player first, or if they cannot attack the player with Melee. Dark beasts do not follow tolerance rules, and are always aggressive to the player regardless of how long they have stayed in their presence. Their highly accurate melee attacks means that using Protect from Melee is recommended when killing dark beasts.

A combat level of 90 is required to have them assigned to the player as a Slayer assignment, unless the player has spoken to a Slayer Master about the difficulty of assignments; progressing through Mourning's End Part II to the point where the player can access the tunnels is also required, as well as 90 Slayer.

Players who have a Slayer ring and completed Mourning's End Part II can rub the ring to immediately teleport to the dark beasts in the Mourner Tunnels. Another fast method to reach these dark beasts is the death altar through the Abyss. If the player cannot use these methods, then they will need to enter through the Mourner Headquarters wearing a full mourner set (with no non-regulated items being worn) and the new key to open the door.

An average dark beast kill is worth 3,819, excluding the possible value of tertiary drops.