Note: While in Meiyerditch if you are provoked by a Vyrewatch you can log out to avoid any interactions with them. 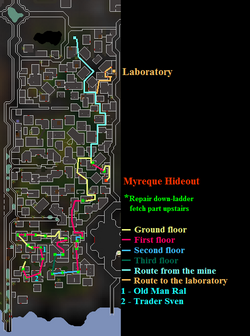 Please Note: You may have to select chat option 2 in order to receive the note from Vertida. Double check your quest log to make sure it's updated, or else you'll have to re-run the entire course again! 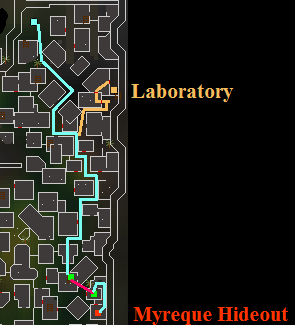 Path to the ladder.

Back to Meiyerditch[edit | edit source]

Recommended: Combat equipment to protect and heal against Vanstrom Klause 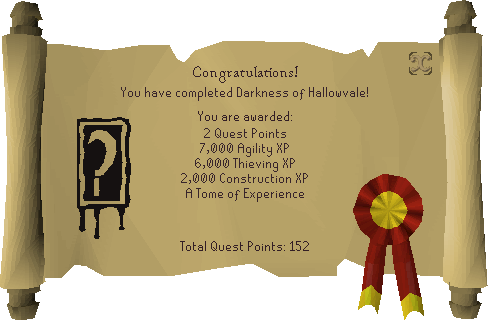 Completion of Darkness of Hallowvale is required for the following: