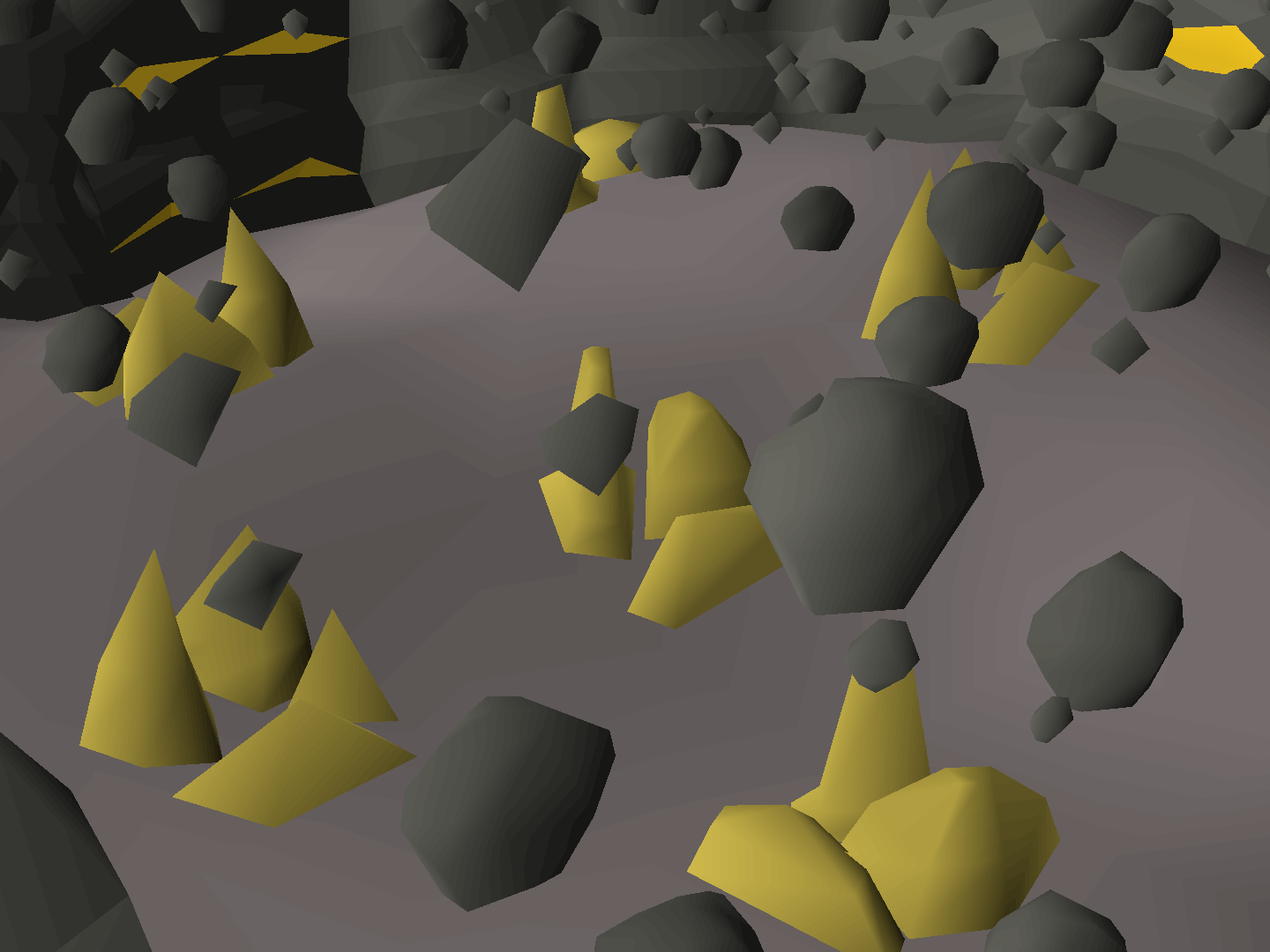 Dondakan's mine is just south-west of the dwarven capital city of Keldagrim. To access the mines, players must have completed the Between a Rock... quest and have a gold helmet equipped. They must then speak to Dondakan, a dwarf which stands near the entrance. He will then shoot them into the mine using a dwarf-multicannon. To leave the mine, simply unequip the helmet or log out.

This mine contains the most amount of gold rocks in RuneScape, numbering in at 146 rocks, making it the second largest mine in the entire game (behind the Motherlode Mine). Very few mines contain more than a few gold rocks, and due to the slow respawn rate of gold it can be difficult to obtain in bulk. The Arzinian Mine is unique not only due to it being a large source of gold, but it also gives players a convenient method of banking the ores.

There are 84 gold rocks and 62 gold veins in the mine.

If the player is wearing a ring of charos (a) he will charge 10% of the gold ores (rounded up). This is recommended, as the regular cost will reduce profit.