The House on the Hill[edit | edit source]

Recommended: Hand in the map pieces received in the house before heading outside the house (Open Stone Chest upstairs and downstairs) 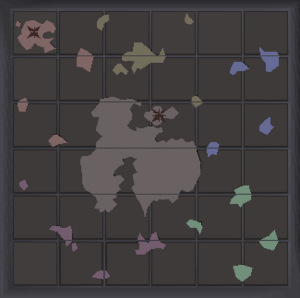 Items required: Seal of passage, 1 astral rune, a hammer, a pestle and mortar, goutweed, a tinderbox, melee gear (keep gear in the bank until lighting the brazier to save run energy). Recommended: a good crush weapon.

The route to the centre of the temple's maze. This map is flipped, making the top part south, and bottom part north.

Items required: Food to survive traps, prayer potions to keep prayer on for long amounts of time, Machete, any axe Note: Players with 79 Agility (boostable) can access a vine shortcut into the Kharazi Jungle without needing an axe or machete. Recommended: Bring plenty of food and stamina potions as well as at least one prayer potion! Take the gnome glider to Karamja or bring 200 for the Brimhaven cart ride. You can also teleport to the Gem Mine beneath Shilo Village using Karamja Gloves 3 or 4.

Items required: Ghostspeak amulet, a dragonstone, 2 molten glass, glassblowing pipe, chisel, and a spade. Recommended: Ectophial, amulet of glory or Draynor Manor tab, plenty of food (and filled druid pouches if you have not lit the fire of dehumidification), stamina potion.

Location of the Census records. 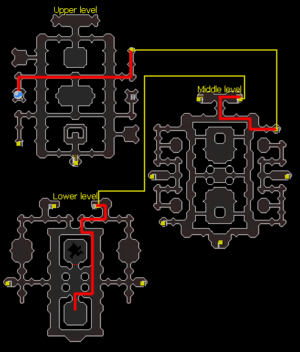 Map of the crypt.

Recommended: Teleports to Falador, Ardougne, Rellekka, and 2 teleports to Varrock.

Items required: Dragonfire protection (both shield and potion are required, super antifire potions do not provide full protection!), ranged gear. Recommended: Ruby bolts (e) or ruby dragon bolts (e), 3-4 super restore(4), ranging potion(4), high-healing food, stamina potion, one-click teleport. (TURN AUTO RETALIATE OFF IN ADVANCE as it is not really necessary for the fight and is likely to get you killed in the third phase) 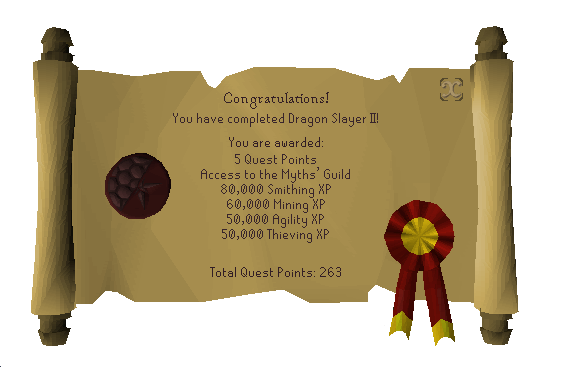