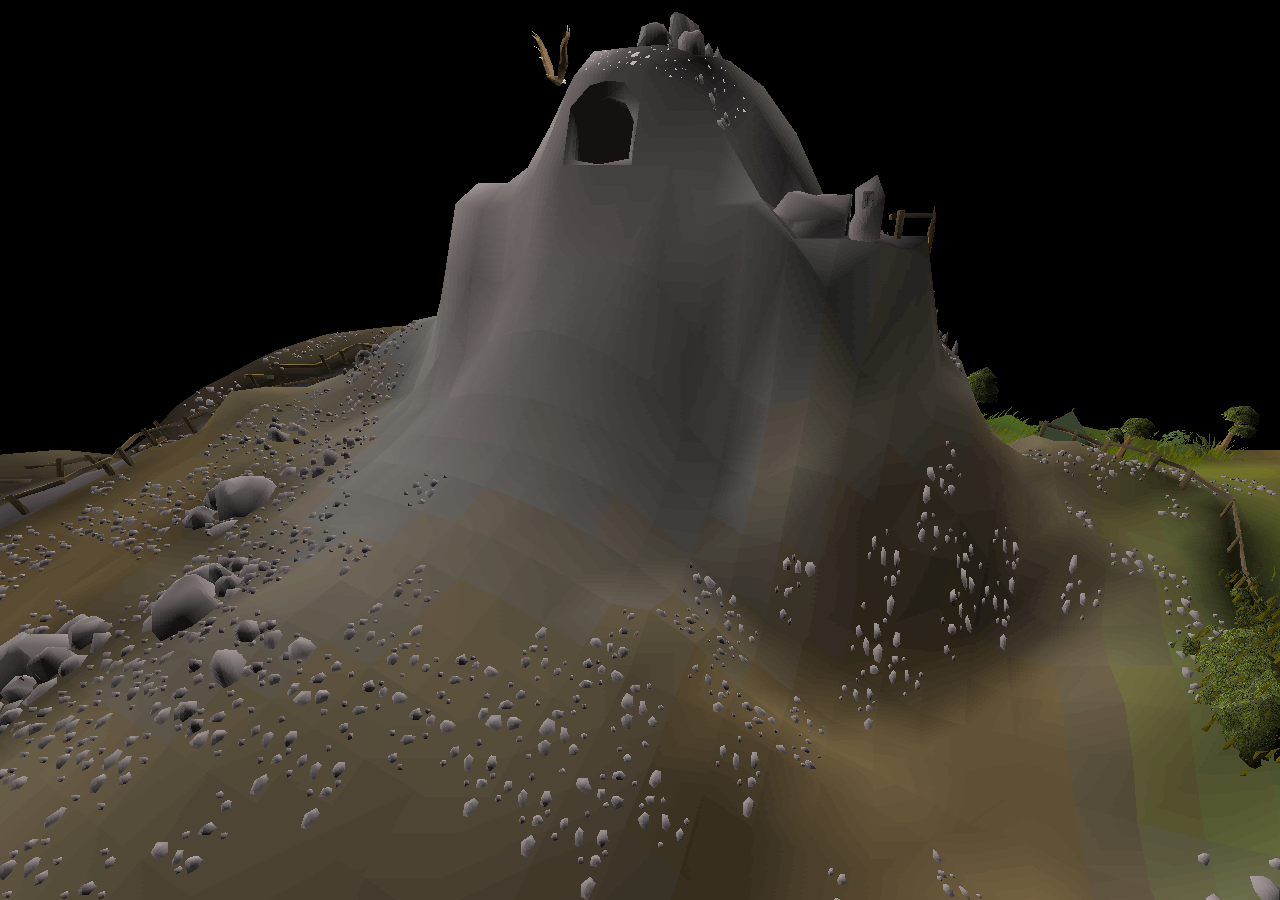 Eagles' Peak is a relatively small mountain located in the Piscatoris area. Found in northern Kandarin, it marks the southern border of the Piscatoris woodland, a largely uninhabited forest found west of the Tree Gnome Stronghold.

Because it is fairly far from any civilisation but the gnomes, Eagles' Peak is a popular destination for naturalists and researchers. At the same time, though, the subterranean caves that sprawl beneath it have made it the home of thieves and others fleeing the law of Kandarin.

The mountain is surrounded by thick underbrush and rough terrain, making reaching it from any side difficult. The mountain's only reliable path up the mountain begins on its south-eastern corner. Players with 25 Agility can use a shortcut on the northern side which leads directly to the mountain's peak.

There are a number of ways to reach Eagles' Peak such as:

The woodland surrounding Eagles' Peak is crowded with standard trees and oak trees. It also has nearby yew trees that border the undergrowth on the north and eastern sides.

The closest bank for those who have not completed Swan Song is in the southern Tree Gnome Stronghold. Those that have completed Swan Song can bank in the Piscatoris Fishing Colony. Kathy Corkat can take players between Eagles' Peak and the colony on her boat for 50 coins each ride.

The Piscatoris Hunter Area is an excellent place to train Hunter, containing ruby harvest butterflies and prickly Kebbits, as well as many other Hunter creatures.

Wild ferrets can be found north-west of the mountain and can be caught using a box trap. These, in turn, can be used alongside a rabbit snare to capture rabbits, which dwell in holes throughout the forest. The Eagles' Peak quest must be completed to catch either of these.