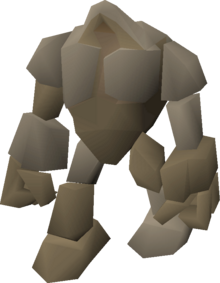 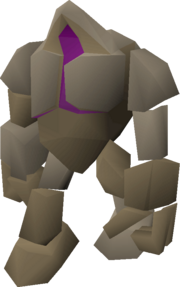 There are two types of Earth elementals: the ones roaming around and the ones that can be mined. Only the latter will drop elemental ores.

Killing a roaming variant is a requirement for the Easy Kandarin Diary.

Drop rates estimated based on 134,834 kills from the Drop Rate Project, unless otherwise cited.