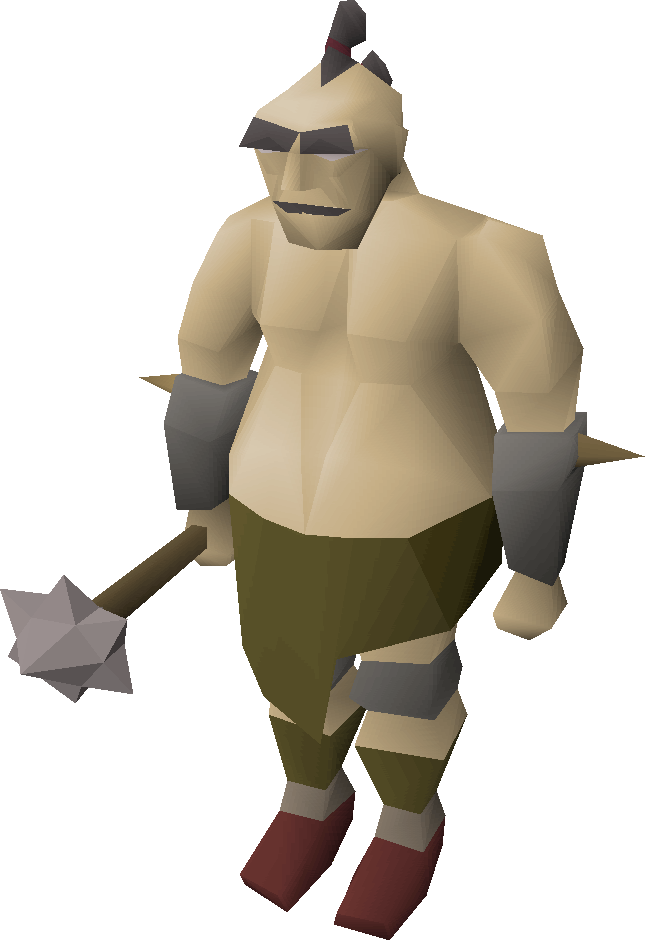 Enclave guards are ogres that guard the Ogre Enclave dungeon in the heart of Gu'Tanoth. During the Watchtower quest, players must use a cave nightshade on them twice (on different occasions) in order to be able to enter the enclave. After the quest, a cave nightshade does not have to be used to enter the cave, but the following message will appear: You run past the guard while he's busy.

Players can kill enclave guards towards an ogre Slayer task. Due to their lacklustre drops and being more difficult to kill compared to standard ogres, players usually avoid killing them.

Drop rates estimated based on 875 kills from the Drop Rate Project, unless otherwise cited.