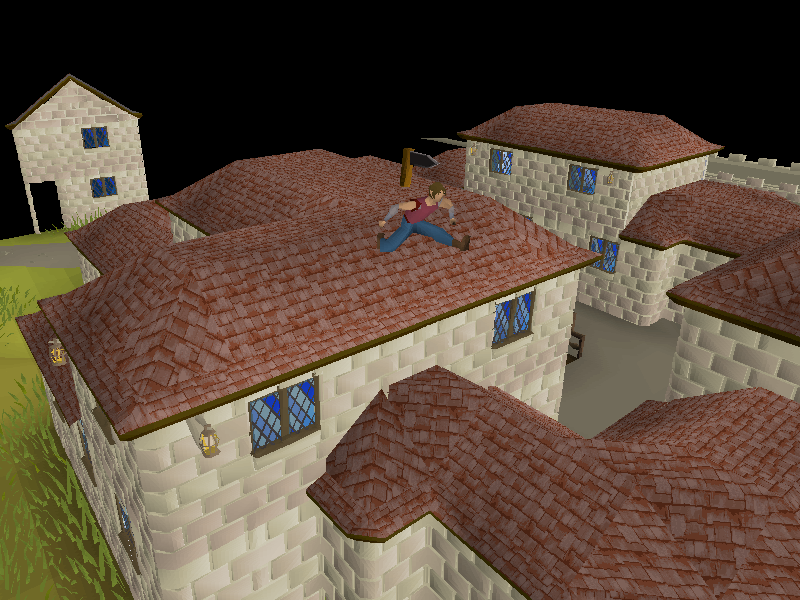 The Falador Rooftop Agility Course is available to players with an Agility level of 50.

It can be started by climbing the south side wall of the house directly east of the Mining Guild in Falador. Players get 440 experience from completing the course, including the 180 experience from the last roof jump. One lap from start to start takes roughly one minute, making the maximum hourly experience rate approximately 26.4k xp/hour, whereas the average rate of xp would lie between 20.5k - 22k xp/hour, depending on agility levels, as higher agility means failing obstacles less.

Marks of grace can spawn on any of the accessible roofs with flat portions, excluding the first and last roofs and the most western roof of the Mining Guild. The rate of spawn is roughly once per 5 laps.

It's possible to fail during the "Hand Holds" and "Tightrope 2" sections, dealing 4-8 and 5-6 damage respectively.