Felkrash is a woman found in the Port Sarim Rat Pits. She is involved in the Ratcatchers quest. After completing the quest, she can turn players' overgrown cats into wily cats, and give them a name of up to 6 characters long.

She cannot train a lazy cat into a wily cat, this can only be done manually by catching rats.

During the Ratcatchers quest, she is revealed to be none other than the famous pied piper. 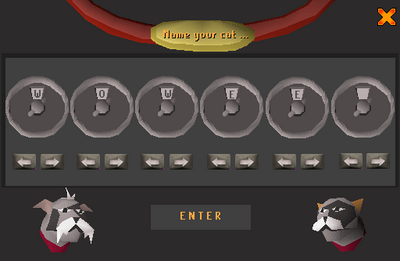