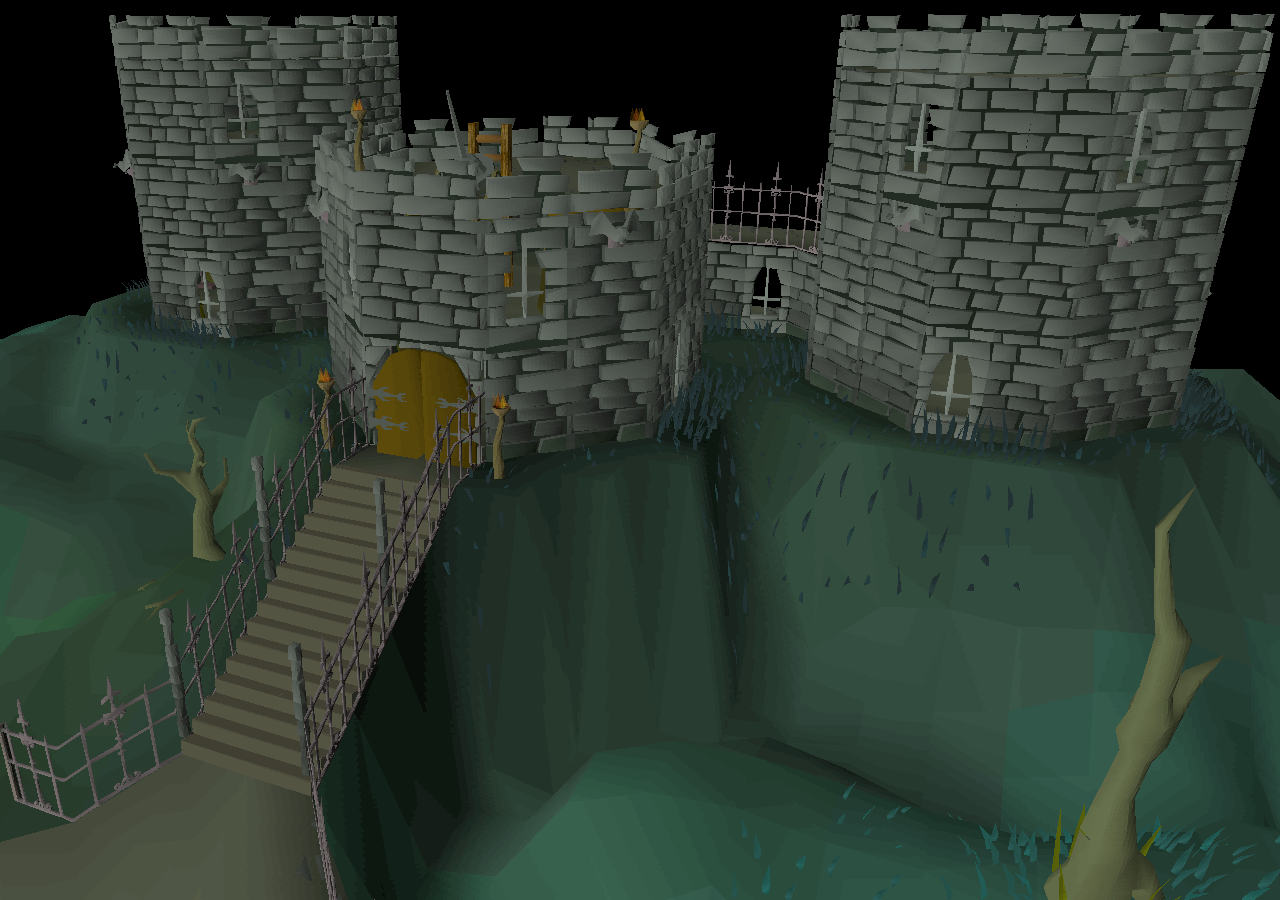 Fenkenstrain's Castle is a castle in northern Morytania, north-east of Canifis, and north of the Haunted Woods. It is where the events take place in the Creature of Fenkenstrain quest.

It was once the castle of the man named Charos, the human advisor of the vampyre Lord Lowerniel Vergidiyad Drakan. Drakan is the current ruler of Morytania. Charos had the natural ability to bend the wills and thoughts of the weak-minded individuals. This is probably why he was of great importance in Lord Drakan's rulership, his ability came from his magical ring of charos, passed by generations through his family. He later tried to use this ability against his lord. However, the mind-bending ability only works on those who have a weak mind, therefore Lord Drakan didn't fail for Charos' effort, this led to his demise. Subsequently, the castle was abandoned.

Later, in the late fourth age, settlers from Misthalin travelled east to set up settlements in Morytania. The castle was soon found by some settlers who later made it their own castle, creating the Lordship of the North Coast. The ring of Charos was found by this lordship, and later passed for generations in this family again.

A few generations later, a man named Dr Fenkenstrain stole the ring from the lordship in fear that he would be killed by the werewolves from the village Canifis close to the castle. When he was caught by the current lord of the castle Rologarth, Fenkenstrain was forced to kill him as well as the other family members. After killing the whole family, he took control over the castle, making it his own. Since then, Dr. Fenkenstrain lives alone in his castle without being harmed by the werewolves.

Just to the south-east of the castle, there are four gravestones, by pushing on the eastern-most one, the player gains access to the experiment cave. This is a very common place to train combat skills due to the experiments' low Attack, Strength, and Defence levels, yet very high Hitpoints.

In the Creature of Fenkenstrain quest the player helps Dr. Fenkenstrain to bring a self-made death body into the light, making it come to life!

Later, the brain used for the body is discovered to be those of Lord Rologarth. Rologarth later asks the player to steal the Ring of charos from Fenkenstrain, making him vulnerable to werewolves again. Fenkenstrain then locks himself up for his own safety and Lord Rologarth reclaims the castle in the name of the Lordship.

Dr. Fenkenstrain later plays a role in The Great Brain Robbery, where he repents his deeds, there he stays on Harmony Island.