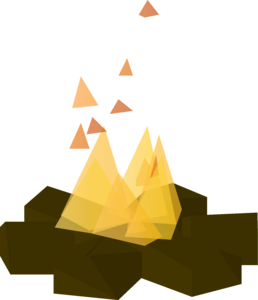 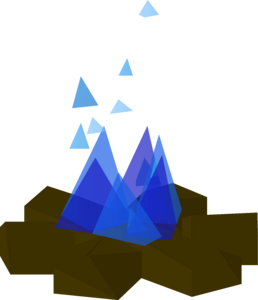 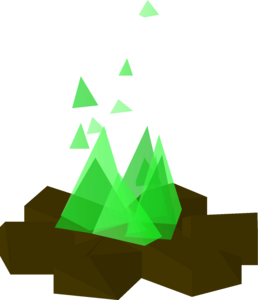 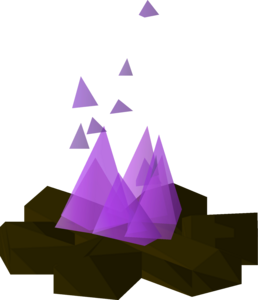 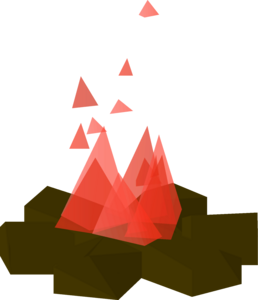 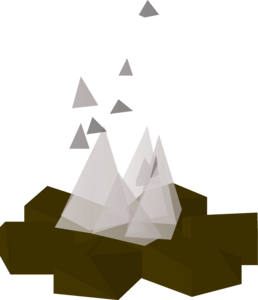 A fire is a pile of burning logs lit on fire using the Firemaking skill. Many foods can be cooked on a fire, given the player has the required Cooking level.

To light logs, players just need to use a tinderbox with logs, which can be in their inventory or lying on the ground, granting Firemaking experience depending on the type of log used. A fire can be lit almost anywhere, including indoors in some buildings, but not on top of another fire, when standing on objects such as ferns or flowers, or in front of a closed door (but can be lit in front of an open door). The fire will last anywhere from roughly 1 to 2 minutes[1], leaving behind ashes once it is gone. The type of logs used for the fire does not alter the duration.

A log can also be lit by most bows after finishing the Firemaking section of Barbarian Training.

After lighting a fire, players automatically walk one step to the west. If the way is blocked, they will instead take one step east; if west and east are both blocked, south; if west, east and south are all blocked, north. If all cardinal directions are blocked, the player will remain on top of the fire.

If players light one fire and have a clear path to the west for more fires, they can immediately light the next fire by using a tinderbox with the logs just after they finished lighting the first log. This way the fire will start burning before the player even attempts to light it. This is a much faster way to burn logs than burning each one separately. This method of burning logs is called power firemaking.

If multiple players attempt to light a fire at the same spot, only one player would have their fire lit and the other players' logs would be dropped on the same spot.

There are several permanent fires which never burn down to ashes. These can be found in the following locations:

After completing Making Friends with My Arm, players gain access to the salt mines below Weiss. The mines contain four rocks, including: efh salt, te salt, urt salt and basalt. These salts can be used in player-made fire pits around RuneScape. These braziers impart permanent effects on their respective locations.

Each fire pit requires 2 steel bars and 2 mahogany planks to make, as well as varying amounts of salt based on the type of fire pit being lit.