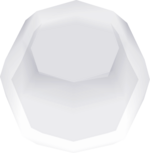 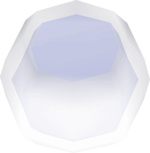 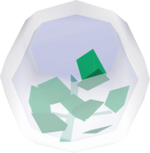 A fishbowl can be filled up with water, use seaweed on the filled bowl, and get Harry to put a tiny fish in it to get a pet fish (this is one of the tasks in Easy Kandarin Diary).

It is also used in the Recipe for Disaster quest, in which players make it into a fishbowl helmet. This is worn in the helm slot and allows the player to go diving near Port Khazard.

Fishbowls are sometimes used to train Magic with the Lunar spell Humidify, which fills any container in the player's inventory with water. Because the left-click option for a water filled fishbowl is to empty it, the spell can be cast at its maximum speed.

For an exhaustive list of all known sources for this item, see here (include RDT).
Retrieved from ‘https://oldschool.runescape.wiki/w/Fishbowl?oldid=14028138#Seaweed’
Categories:
Hidden categories: