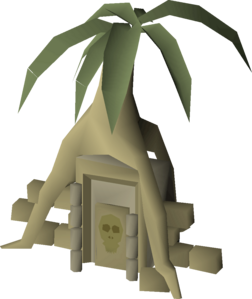 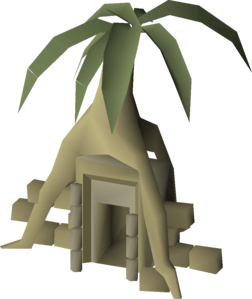 The Fyburglars Tree is a species of tree native to the jungles of Karamja. Extremely rare, the only known example of such a tree can be found south-west of the POH portal in Brimhaven.

Fyburglars trees are noted for their ability to grow virtually anywhere. The specimen west of Brimhaven can be found growing on the ancient stone entrance to Brimhaven Dungeon, where its roots have virtually fused with the rock.

When talking to Saniboch, the tribesman who guards the dungeon entrance, the player has the option of mentioning the tree to him.