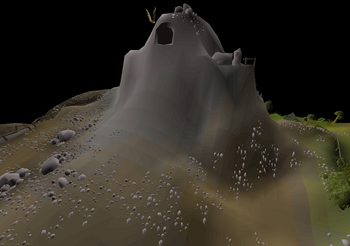 As part of an unpolled integrity update, using box traps now requires partial completion of the quest Eagles' Peak. As with many game integrity changes, this was intended to combat botting.

Game Integrity Updates or balancing changes are unpolled permanent changes to Old School RuneScape that are introduced to the game in order to combat rule-breaking or change elements of gameplay that are considered unfair or counterproductive to the game's long-term health. Apart from holiday events, bug fixes, and minor quality of life changes, game integrity updates are the only updates not voted on by players and cannot be vetoed by the community. However, they are sometimes announced ahead of time by Jagex to take community feedback on effective ways to combat the problem without impacting the game negatively for legitimate players.

Often, these unpolled updates were either perceived by the development team to be unlikely to pass a community poll or had already failed one. For example, the anti-dragon shield being gated behind the start of Dragon Slayer I failed a poll before being introduced as a game integrity update.